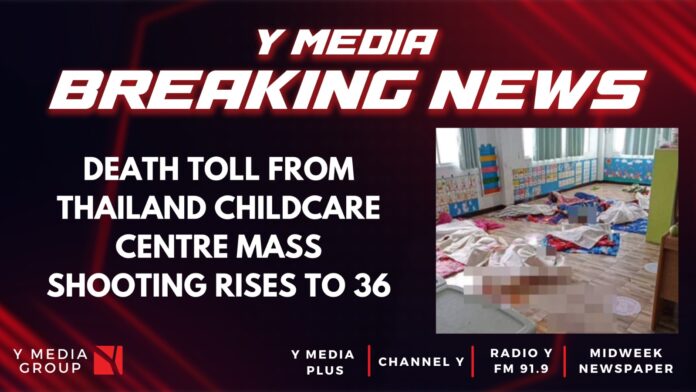 A mass shooting at a childcare centre on Thursday in Thailand’s Nong Bua Lamphu province has killed at least 36 people, including 24 children, local authorities said.

The victims included 24 children and 12 adults, according to a report posted on the Facebook page of the provincial public relations department, Xinhua news agency reported.

Another 12 people were reportedly injured.

“About the horrifying incident, I would like to extend my deepest condolences to the families of the dead and injured,” Thai Prime Minister Prayut Chan-o-cha wrote on his Facebook account, adding that he has ordered the national police chief to “fast-track an investigation.”

TV footage showed ambulances and families of the victims gathering outside the childcare centre.

A woman working at the childcare centre told a local TV programme that they were having lunch when she heard the sound and saw the injured falling to the ground. The shooter broke the window in as the door was locked, and succeeded in fleeing the scene, she said.

Many locals rushed to the Nong Bua Lamphu provincial hospital in response to its urgent call for blood donation for the injured.