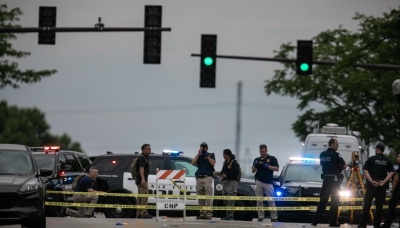 The death toll of a massive shooting during a July 4 parade in the Chicago suburb of Highland Park on Monday has risen to seven, as police updated the number of people wounded to 46.

The police said Crimo pre-planned the attack for several weeks, and acted alone in the attack.

During an Independence Day parade held in Highland Park in the northeastern part of US state Illinois, Crimo used a high-powered rifle and fired from a rooftop into parade participants. The rifle has been recovered at the scene.

The police found a second rifle in Crimo’s vehicle when he was arrested Monday evening.

Highland Park is an affluent neighborhood 40 km north of Chicago, and residents there will hold a candlelight vigil for the deceased Tuesday night.