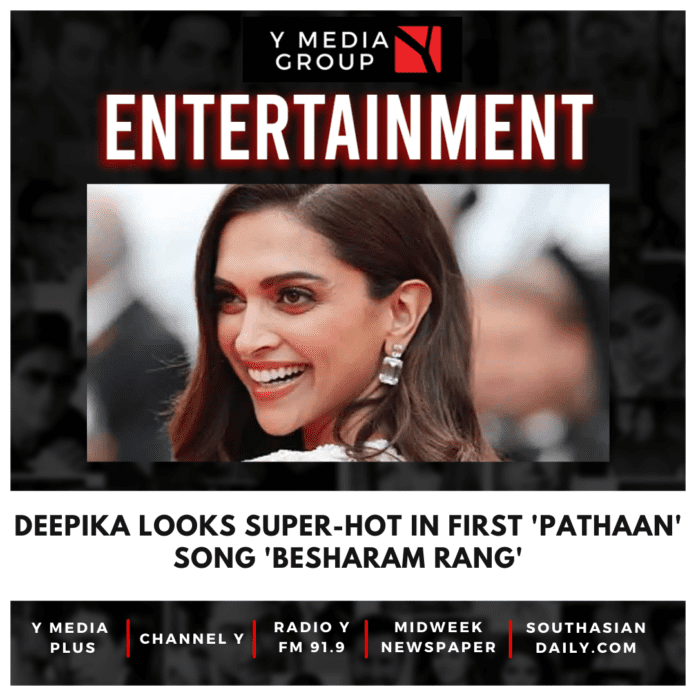 The makers of ‘Pathaan’ are all set to drop the first song ‘Besharam Rang’ from the film on December 12. The track is set to present Deepika Padukone in her hottest best and showcase breath-taking chemistry between her and Shah Rukh Khan.

Siddharth reveals, “Yes, it is true that the first song of our film is releasing on Monday. It’s called Besharam Rang and it will present two of the biggest superstars of our generation Shah Rukh Khan and Deepika Padukone in their hottest avatar yet.”

He adds, “For us, this one is the party anthem of the season that people have been waiting for and I’m confident that it will stay a party anthem for many, many years to come. So, I want to tell the fans and audience to patiently wait for the song when it releases on Monday morning! The wait for this one will be worth every second from now!”

SRK and Deepika are one of the biggest on-screen pairings in the history of Indian cinema given their epic blockbusters ‘Om Shanti Om’, ‘Chennai Express’ and ‘Happy New Year’. The two sizzled in Spain as leaked photos from the sets of ‘Besharam Rang’ took the internet by storm.

The duo shot this hugely mounted song in Mallorca as SRK was papped flaunting an eight-pack and Deepika her perfect bikini body. They then headed to Cadiz and Jerez in Spain where they wrapped the schedule on March 27.