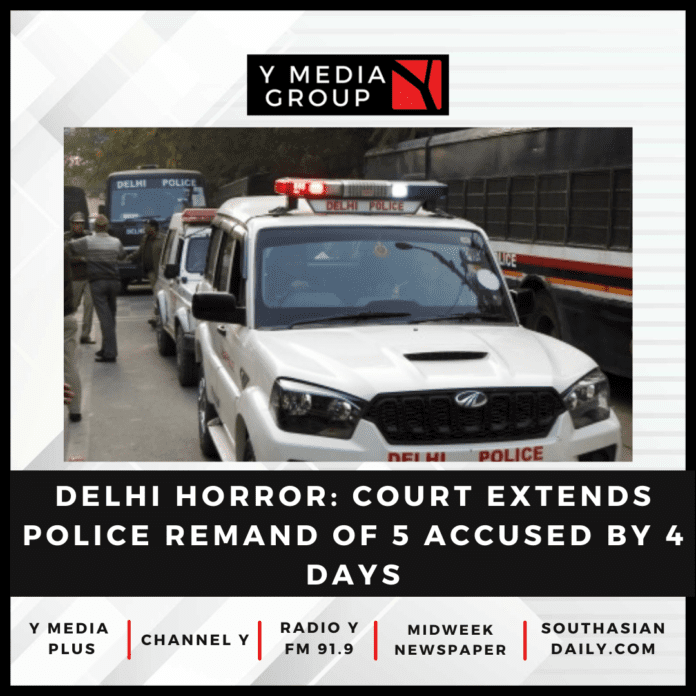 A Delhi court on Thursday extended the police remand of the five accused — involved in the death of a 20-year-old woman in a tragic accident that took place in the early hours of January 1, by four days, officials said.

The woman, Anjali, died a painful death after her scooty was hit by a car following which she got stuck beneath the vehicle that went on to drag her for around 12 km.

The police had earlier arrested five persons, who were in the car when the incident took place. They have been identified as Deepak Khanna, Amit Khanna, Krishan, Mitthu and Manoj Mittal.

The court observed that there are two more accused persons involved and it requires further investigation.

Appearing for accused Manoj Mittal, advocate Ganjendra Kumar said that he has not applied for any bail till now for him.

Kumar objected police’s demand to extend the police custody for five days as the court had already granted them earlier.

“There is no further requirement for police custody,” he said.

Amit (25) works with SBI Cards in Uttam Nagar, Krishan (27) works at the Spanish Culture Centre, Mitthu (26) is a hairdresser at Naraina, while Manoj Mittal (27) is a ration dealer in Sultanpuri who is also a BJP worker.

They were brought to the court amid high security to avoid any untoward incident.

The trial court on January 2 sent all accused to a three-day police remand, which ended on Thursday.

The incident took place on the intervening night of Saturday and Sunday after the victim’s scooty was hit by the car and her clothes had gotten entangled in one of the wheels, which led to her being dragged.

A tight security was maintained as, in November last year, a police van carrying Aaftab Amin Poonawala, who is accused of the ghastly murder of his live-in partner Shraddha Walkar in Delhi’s Mehrauli area, was attacked by a group of men armed with swords outside the Forensic Science Laboratory (FSL) in Rohini when he was being taken back to Tihar jail after a polygraph test.