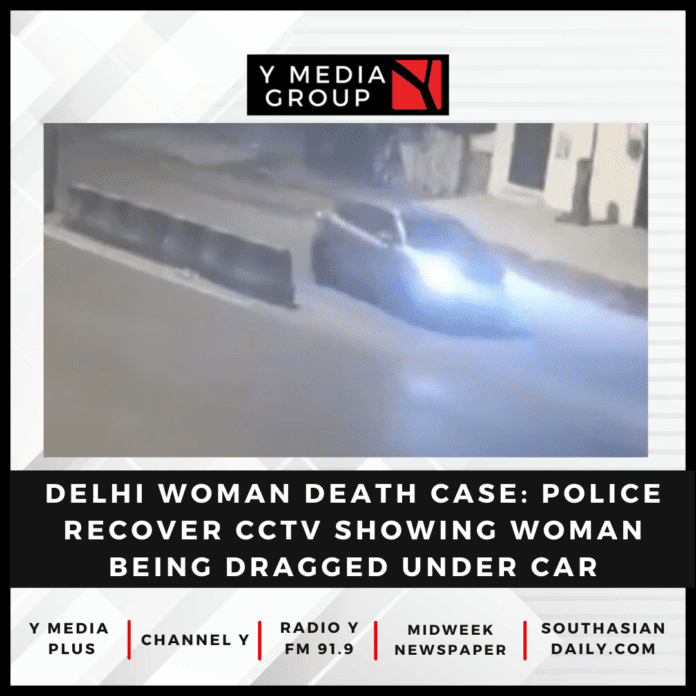 CCTV footage of a 20-year-old woman being dragged under the car has been recovered by a police team, which is probing the incident that happened in the Sultanpuri area on the intervening night of Saturday and Sunday.

As per the CCTV footage, the silver coloured car, Maruti Baleno is seen making a U-turn in the Kanjhawala area and the body of the woman is visible under the vehicle on the left side.

The car had made the u-turn, which was captured in the CCTV camera at 3.34 a.m on Sunday, a little ahead of the Ladpur village towards Tosi village.

The woman died a painful death after her scooty met with an accident and her clothes got entangled in the wheel of the car due to which she was dragged for a few kilometres.

The woman’s clothes were torn in the incident, and later her naked body was found by the police. Her scooty was found around 12 kms from the spot.

The police said that they have arrested five persons, who were in the car. They were identified as Deepak Khanna, Amit Khanna, Krishan, Mitthu and Manoj Mittal.

Mittal is a BJP worker. On Monday, the family members and supporters protested outside the Sultanpuri Police station. They pelted stones on a poster of Mittal, installed beside the police station on a pole and tore it down.

Extra police personnel have been stationed outside the police station where all the accused are lodged.

The family members of the woman, who used to work as an event planner for weddings, suspect foul play in the incident.