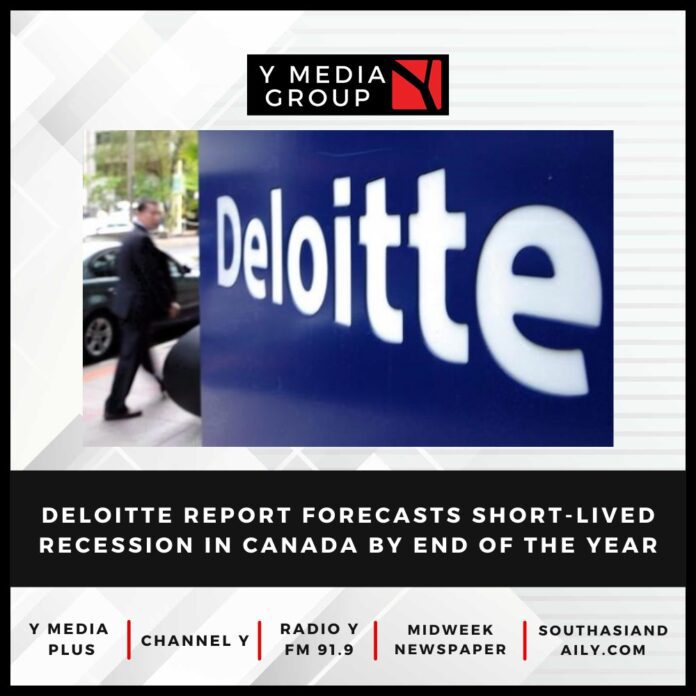 A new Deloitte report says that a tight labour market and elevated savings during the pandemic will cushion the impact of a recession on Canadians.

Deloitte’s most recent economic outlook report forecasts Canada will enter a short-lived recession by the end of the year.

The report says while rising interest rates will cause a significant economic slowdown, the accumulation of inventories will push the economy into a technical recession.

Deloitte chief economist Craig Alexander said unemployment might not rise as much as it typically would during a recession.

For Canadians, that’s what will matter most, he said.

“Nobody eats GDP. From a point of view of Canadians, what really matters is what happens to their jobs and their income,” Alexander said.

According to Deloitte’s forecast, the unemployment rate will tick up to six per cent in the third quarter of next year before falling again.