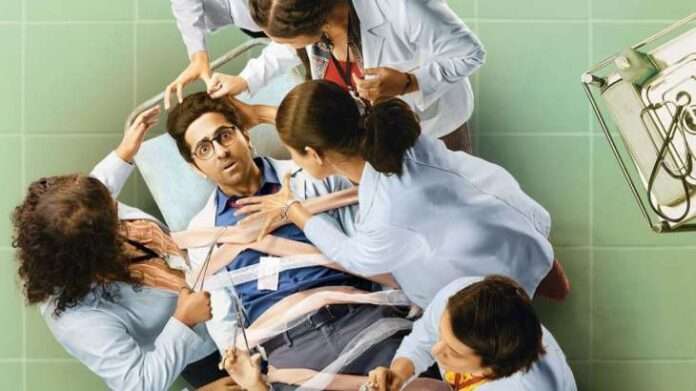 Doctor G Box Office Collection Day 3: Ayushmann Khurrana and Rakul Preet Singh’s Doctor G was released in cinema halls on October 14 alongside Code Name Tiranga, starring Parineeti Chopra, and the regional film Kantara. After the first weekend run, Doctor G has managed to do a respectable business of close to Rs 15 crore at the domestic box office. After a boost in business on Saturday, the film was expected to grow further on Sunday. However, that has not been the case. Going forward, it will be interesting to see how the numbers are on the weekdays.

As per the estimates, the box office numbers of Doctor G were Rs 5.50 crore on Sunday. The jump, when compared to Saturday, was just 10 percent which was very less. Now, the film’s total business will depend on how it fares on the weekdays. It is predicted that it may enjoy a decent run till Diwali. The metro cities are performing well for Ayushmann’s film and the mass circuits have been poor. The good thing is that Doctor G has been getting positive word of mouth and will be the driving factor in its business.