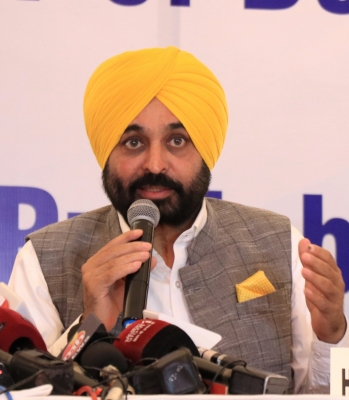 With a multi-million dollar international drugs cartel being run by Punjab’s own Pablos Escobars alongside ‘kabootarbaazi’ (illegal immigration), the latest fad in the world of crime is the emergence of flamboyant gangs known for kidnappings, contract killings and robberies among other crimes in the state.

Some of the most dreaded ones with international drug links are involved in inter-gang rivalry too, police officials admit.

The sensational killing of 28-year-old Punjabi rapper-politician Shubhdeep Singh Sidhu, widely known by his stage name Sidhu Moosewala with a fan base of over 8.1 million on Instagram, especially among the Punjabi diaspora in the UK and Canada, last week close to his village in state’s Mansa district has once again brought to the fore the bloody face of gang rivalries.

Hours after the killing of Moosewala, who gained popularity for gun culture and gang violence rap and booked by Punjab Police under the Arms Act after he was charged with promoting gun culture in 2020 for his song ‘Panj Goliyan’, Canada-based gangster Goldy Brar, a close aide of Lawrence Bishnoi of the Bishnoi gang, an archrival of the Bambiha gang, claimed responsibility for the revenge killings of two men: Youth Akali leader Vicky Middukhera in 2021 and Bishnoi aide Gurlal Brar in 2020.

Officials admit the incidents involving criminal gangs are in a constant state of flux.

Over the decade, they have multiplied, splintered, forged new alliances, and battled one another for revenge with strong political patronage.

They largely flourished in the aftermath of a decade-and-a-half of the Khalistan movement, one of the world’s most violent insurgencies that saw tens of thousands youth either killed or going missing, says an observer.

The criminal gangs with a close nexus with drug and weapon cartels have been largely involved in inter-gang rivalry killings, contract killings, extortion from real estate developers, liquor contractors and singers and kidnapping for ransom.

Money from the multi-billion rupee racket of synthetic drugs is being used by the gangsters for lavish lifestyle, including buying high-end vehicles.

However, police authorities have been waging a battle against drug cartels and gangs, but with limited success.

As per the official data, there are over 25 organised criminal gangs operating in Punjab with 300 members, half of whom are lodged in various jails.

“It is high time to break the nexus flourishing between militants and gangsters, largely patronised by political leadership, in various high-security prisons,” says a senior police official.

“For this, we need highly motivated political will. We need to build up more effective and efficient networks with inter-state and even inter-nations coordination so that we may demolish these illegitimate networks,” he added.

Questioning the government’s inaction, Congress leader Navjot Singh Sidhu last year said despite the High Court’s directions, both the Capt Amarinder Singh government and the previous Parkash Singh Badal government had done nothing to extradite the 13 drug smugglers, who peddled drugs in Punjab and smuggled them abroad, to India.

In an obvious reference to the Rs 6,000 crore former international wrestler and Arjuna awardee Jagdish Bhola drug racket, Sidhu said even a common man could sense why these drug smugglers had not been extradited for the past five years.

The ‘Bambiha Bole’ (2020) song of Moosewala, who gave back-to-back chartbusters, is believed to glorify the Bambiha gang run by Davinder Bambiha, who was killed in an encounter in September 2016 at the age of 26.

The Bambiha gang is now operating by Davinder’s aides — Dilpreet and Sukhpreet from prisons.

Following the killing of Moosewala, the Neeraj Bawana gang has vowed revenge. A Facebook post associated with Bawana, lodged in jail in Delhi, expressed grief over Moosewala’s death and warned to “give a result in two days.”

The post also talked about Tillu Takpuria, and Koushal Gurgaon and Davinder Bhambia gangs — all reportedly associated with the Bawana gang, reportedly involved in firing at singer Parmish Verma and threatening another singer Gippy Grewal.

Former Punjab Director General of Police (DGP) Shashi Kant, who has been waging a war against drugs by revealing the names of several politicians, says the gangsters have been active in the state for decades.

A section of politicians have been encouraging unlawful activities — be it running of drug cartels or a murder or even winning an election. “They are now part of Punjab’s culture like in Delhi or Mumbai.”

Facing criticism over killing of the famed singer, DGP V.K. Bhawra said he has never affiliated Moosewala with gangsters.

He said one Goldy Brar has claimed responsibility on behalf of the Lawrence Bishnoi gang. The investigation would look into all aspects regarding the murder.

In its latest orders, the DGP said the Special investigating Team (SIT) would conduct the investigation on a day-to-day basis and arrest the perpetrators of the crime.

Calling Punjab a border state whose security could not be compromised in this fashion, Shiromani Akali Dal chief Sukhbir Badal said: “We have an inimical neighbour who is likely to take advantage of this situation to destabilise the state even further unless urgent steps are taken to stem this rot.”

He said with the killing of Moosewala a fear-psychosis has gripped people who are feeling unsafe due to the free rein given to gangsters who were not only running extortion rackets, but were also indulging in targeted killings.

“This situation has led to an increase in petty crime as well as daylight dacoities and rampant murders,” the former Deputy Chief Minister added.