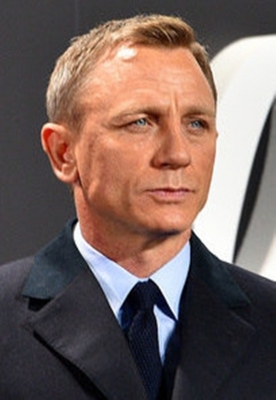 Rian Johnson once again wowed crowds at the Toronto Film Festival with ‘Glass Onion: A Knives Out Mystery’, the highly anticipated sequel to 2019’s hit whodunit.

Johnson addressed the audience briefly before the film began playing, and offered a sweet greeting to his grandfather. “My grandfather Howard Johnson travelled here tonight, he’s in the audience,” Johnson revealed, reports usatoday.com.

“Grandpa, you are my role model. You are the reason I make films today, I love you so much and I am so happy you are here.”

Of course, the Princess of Wales Theater also hosted Daniel Craig, who returns as an eccentric private investigator with a southern twist, and his co-stars Edward Norton, Janelle Monae, Kathryn Hahn, Leslie Odom Jr. and Kate Hudson. Dave Bautista, who also stars in the film about a group of wealthy friends who receive a mysterious invitation to the private island of a reclusive millionaire – wasn’t at the screening.

Netflix chief Ted Sarandos and Bryan Lourd, CAA, who helped orchestrate the film’s megawatt switch to streamer, were among the packed house. The two-hour film played to gasps, cheers and roars of laughter, culminating in a short, one-minute standing ovation.

The cast then took the stage and answered questions from the crowd, though viewers were encouraged not to discuss spoilers.

After a few quick requests (no, Johnson wasn’t using 35mm cameras. Yes, production took place at a resort in Greece), someone asked the entire cast to go around and share their favourite scene to film.

“Tell everyone in the audience,” Cock cracked.

“Every damn it,” Craig said.

Hudson added: “I loved seeing us all get together. We shot everything separately.”

Monae got sentimental, saying it was the “scene you didn’t see.” The scene where we’re all working together on this movie.” Call out the audible “aww” – and then giggles – from the crowd.

A film lover asked Johnson what it was like to make a film that is smarter than the audience.

“My grandfather, ladies and gentlemen,” joked the director. But he rejected the hypothesis.

“It’s meant to take them on a ride rather than a game of chess. At the end of the day, movies are for sitting in a big crowd and having fun.”

The ecstatic TIFF reception for ‘Glass Onion’ is familiar to Johnson, who debuted the first “Knives Out” at the festival in pre-pandemic times. The critically acclaimed crime thriller became a box office hit, grossing $165 million in North America and $311 million worldwide on a budget of $40 million. Johnson, who wrote the screenplay as well as directed, received an Oscar nomination in the Original Screenplay category.

How do you manage to at least let cinematic lightning strike twice?

“The phrase I kept coming back to talking about the first movie is, ‘It’s a roller coaster ride, not a crossword,'” said writer, director and producer Rian Johnson in an interview with Netflix’s Tudum.

“It’s a common mistake in writing whodunits to think that you’re doing a crossword and that the fun is that the audience is actually going to analyse it all and figure it out.”

Craig, whose scene-chewing performance received particular praise, is the only actor to return for the follow-up. It’s only been three years since the original, but Craig felt he needed to brush up on the sly detective’s strong intonation.

“Before we started filming, I worked with an accent coach for three or four months,” Craig previously told Empire magazine.

“I forgot the accent and didn’t want to do pastiche. I wanted to make it as grounded and grounded in reality as possible.”

Although Lionsgate brought the first film to theaters, Netflix is now the legal owner of the Knives Out franchise, having bought the rights for $450 million last year.

The film hits theatres before that date, but Netflix has yet to announce the theatrical release date.

But a limited theatrical release may be a mistake judging by the reception in the room.

Rian Johnson has more ‘Knives Out’ sequels in mind.

“I’ll do that until Daniel (Craig) blocked me on his phone,” he told the audience.