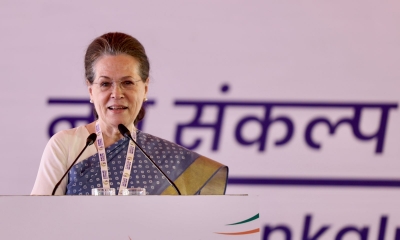 Congress president Sonia Gandhi has been summoned by the Enforcement Directorate (ED) to join the investigation in connection with the National Herald matter on July 21. Earlier, she couldn’t join in the probe as she was not keeping well.

Sources in the ED said that she will be asked the same set of questions which were asked to Rahul Gandhi during his five-day questioning.

Her questioning which was scheduled to take place on June 23 was postponed on her request as she was not well.

“We have to ask about her role in the deal between Young India and Associated Journals Ltd (AJL),” the sources said.

Earlier Rahul Gandhi had said that the late Motilal Vora was looking after all these affairs. Vora held a 12 percent stake in YI whereas Rahul and Sonia held a 76 percent stake.

As per the ED, the Gandhis are major beneficiaries in the whole deal. Earlier Pawan Bansal and Mallikarjuna Kharge were questioned by the ED. Since Vora has passed away the needle of suspicion pointed towards the Gandhis.