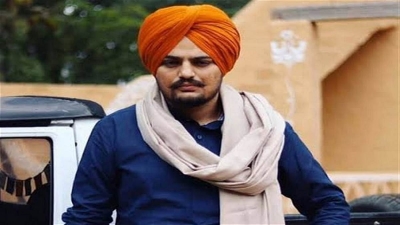 Did Sidhu Moosewala get the feeling that his death was near? Did he hint as much to fans? Well, the lyrics of his last song, “The Last Ride”, have set off a debate among netizens because of the uncanny similarities between the song and the circumstances of his death.

“Ho chobbar de chehre utte noor dassda, ni ehda uthuga jawani ch janaja mithiye (Everything is revealed in the eyes of the young boy that the funeral will take place in his youth),” the lyrics read. The song was reportedly a tribute to rapper Tupac Shakur, who was shot dead in his car at the age of 25 in 1996.

Shockingly, that is how the 28-year-old Sidhu was killed by gangsters in broad daylight at Jhawahar Ke village in Mansa district. Thirty rounds of bullets were sprayed on him — the motive was clear.

The gun violence and gangster culture of Punjab have sent shivers down the spines of fans and friends. It has been said many times that artistes in Punjab are often subjected to “hate-filled comments, threats and negative energy” for simply doing what they love to do.

Parmish Verma, known for songs such as “Gaal Ni Kadni”, actor-singer Gippy Grewal and songwriter Karan Aujla are some of the major Punjabi artistes who had been threatened by gangsters in the past.

Recently, Mika also confirmed the trend when he pointed out that “a lot of Punjabi singers, including Gippy Garewal and Mankirt Aulakh, have also got threats. And the incident should be a wake-up call for everyone”.

A Punjabi singer on condition of anonymity told IANS that the state’s artistes should stop writing songs on gangsters, guns, and fights.

The singer noted: “Our culture has seen a change and we should be blamed for it. I don’t know why rappers or songwriters love to call themselves gangsters in their albums. Who are gangsters? Are they up to any good? Why make this culture famous for no reason?”

He emphasised that Punjabi culture “is all about love and happiness”. That, he said, should be the theme of the songs. “Why are guns needed? We need to change the track from guns and gangsta culture to our own Punjabi culture,” he said.

Back in 2020, Moosewala was booked by the Punjab Police under the Arms Act after being charged with the promotion of gun culture. The action was taken for his song “Panj Goliyan”.

“I didn’t want to drag this gun issue right now,” the singer said. “But when will we understand it? Whatever happened with Sidhu (murder) cannot be justified. The entire industry is in shock till date. He was a young man with young ideas. A mother lost her loving son. A father lost his proud son. RIP Sidhu, you will be missed.” Exactly the thoughts of the slain singer’s countless admirers.