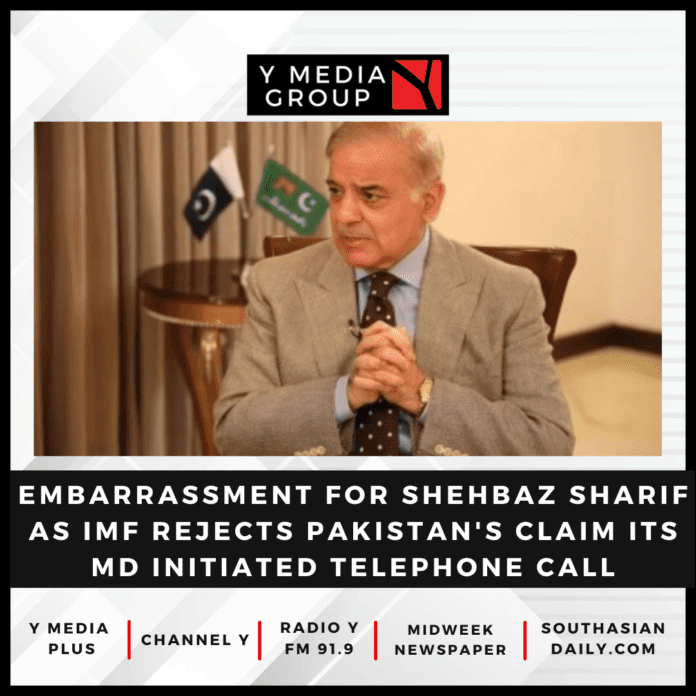 The International Monetary Fund (IMF) on Sunday said that a call between Managing Director Kristalina Georgieva and Pakistan Prime Minister Shehbaz Sharif took place on the request of the PM — a statement that indicates Islamabad has not refrained from doing politics despite nearing default, media report said.

“The call took place in response to a request by the Prime Minister of Pakistan to discuss the International Conference on resilient Pakistan,” Esther Perez, the resident representative of the IMF confirmed to The Express Tribune.

It is pertinent to note that on Friday an official handout released by the Prime Minister’s Office had read that “the IMF managing director called premier Shehbaz on the phone.”

During his speech, the Prime Minsiter had also claimed that the Fund’s managing director had contacted him.

It seems that the Pakistan government is not yet ready to mend its ways as it makes questionable claims of strength despite risking sovereign default with only $4.5 billion foreign exchange reserves in hand, The Express Tribune reported.

The remaining reserves are enough to finance only three weeks of imports. Pakistan’s three months (January-March) debt repayments stand at $8.5 billion. This includes $2 billion to the UAE which the government is trying to get a rollover for.

Such factually incorrect statements may create more problems for Pakistan to convince the IMF, particularly when there is a long history of mistrust between both sides, Express Tribune reported.

The country has long been in difficult relationships with the IMF due to its habit of making promises at the time of getting a loan tranche but then abandoning these commitments once the tranche has been disbursed. This has created a wide gulf.

A spokesperson of the IMF in a statement to the media also said that “the Managing Director had a constructive call with Prime Minister Sharif in the context of the International Conference on Resilient Pakistan to be held in Geneva on Monday, January 9.”