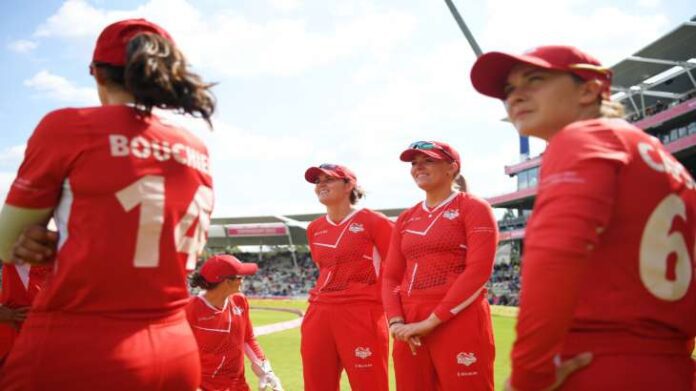 India women’s tour of England: The Harmanpreet Kaur-led team India, riding high on their stellar run in the Commonwealth Games is now headed to England to take on Nat Sciver-led English team. The last time when India and England locked horns with each other, it was on the big stage of the Commonwealth Games and these teams had a crack at each other to qualify for the finals of the marquee event. The English team lost to India by a slender margin of 4 runs and now they certainly will look to settle scores with the women in blue.

Members of the Indian women’s team who are currently stationed in England will take on Nat Sciver and her team in three T20Is and three One Day Internationals (ODIs). The first T20I will be played at Riverside Ground, Chester-le-Street. The second T20I will be played at County Ground, Derby, followed by the third T20I which will be contested at the County Ground, Bristol. England has now named their 14-member squad that will take on India and will, look to outplay in all three departments of the game.

English captain Heather Knight will miss out on this series as she is currently nursing her hip surgery which she might have picked up during the recently concluded Commonwealth Games. Speedster Lauren Bell has earned her maiden call-up for the series that will start in Durham on September 10, 2022, Sunday. English head coach Lisa Keightley will manage the team for one last time before she heads back to Australia. The current head coach has nothing else but only appreciation for the English team and has been very vocal about how she has enjoyed every bit of her time with this team.