‘Enhance’ Is Most Used AR, ‘Srivalli’ Top Song In India On Reels 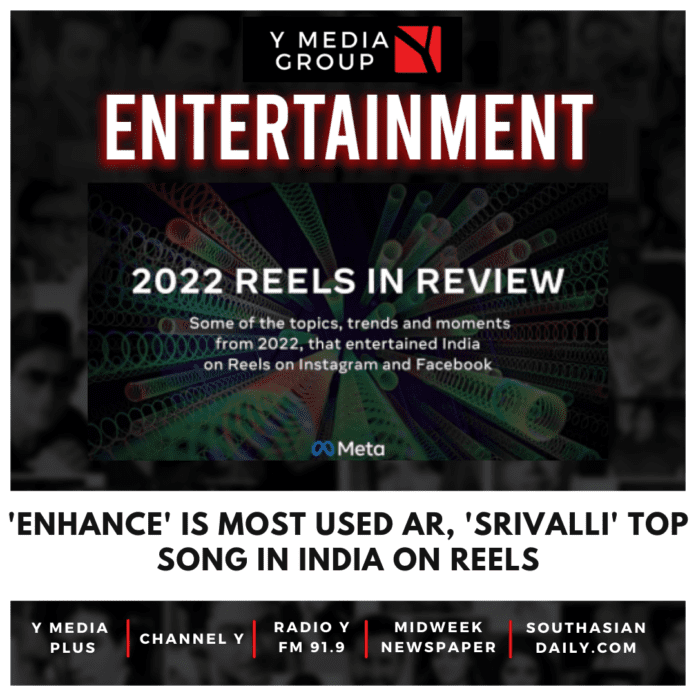 Meta on Monday released its ‘Reels in review’ report to share some of 2022’s top trends on Reels in the country, in which ‘Enhance’ by the user @mohsinyaba_ is the most used augmented reality (AR) effect whereas ‘Srivalli’ song from ‘Pushpa: The Rise’ movie is the most trending song.

“Our report highlights the topics, trends and moments that entertained India in 2022 and those that are keeping us excited for the upcoming year,” it added.

More than 1 million reels on Instagram related to the ICC T20 World Cup were created in India.

“Music, both from our music library and original audio, have been driving trends on reels across Instagram and Facebook,” the company said.

Among the top 20 most-used songs on Instagram reels globally, 15 were from Indian artists.

There were more than 2 billion engagement (likes, comments and shares) on Instagram reels created in India.

Virat Kohli, Rohit Sharma and Hardik Pandya were the top three most mentioned Indian cricketers on reels in the country.

Whereas, ‘Current song in your mind? Dnt skip’ and ‘Don’t cheat!! Show your lockscreen!’ were the most used stickers on Stories in the last 90 days.