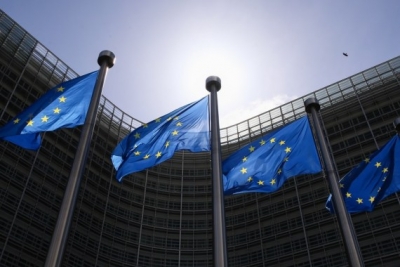 European Union (EU) member states have reached a political agreement on a 15 per cent voluntary reduction of natural gas demand from the average of 2017-2021.

Jozef Sikela, Czech Minister of Industry and Trade, presided over an exceptional EU Council meeting on energy on Tuesday, with the EU preparing for possible gas supply disruptions over the winter.

“Member states agreed to reduce their gas demand by 15 per cent compared to their average consumption in the past five years, between 1 August 2022 and 31 March 2023, with measures of their own choice,” Xinhua news agency reported quoting the European Council as saying in a statement.

“Possible measures include reducing gas consumed in the electricity sector, measures to encourage fuel switch in industry, national awareness raising campaigns, targeted obligations to reduce heating and cooling and market-based measures such as auctioning between companies.”

There are several exemptions to the 15 per cent target.

Island states such as Malta, Cyprus and Ireland are exempted, since they are not interconnected to the EU’s gas network.

Other derogations include member states that have already exceeded their gas storage filling target, those whose industries are heavily dependent on gas as feedstock, and those whose gas consumption has increased by at least eight percent in the past year compared to the average of the past five years.

A “Union Alert” could be activated, either by the European Commission if it perceives a “substantial risk of a severe gas shortage or an exceptionally high gas demand”, or “if five or more member states that have declared an alert at national level request the Commission to do so.