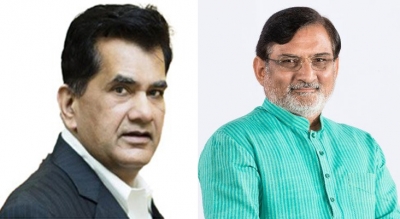 Patel, who is the administrator of Lakshadweep, Daman and Diu, is said to be the top choice but sources also say that a BJP politician from south India could be appointed. However, the government has been springing surprises so nobody in the government and the party sources wants to guess it.

Patel, who has also served as the Minister of State for Home in the Narendra Modi government in Gujarat in 2010, has had a controversial tenure in Lakshadweep. He had allowed serving of liquor to tourists, eliciting protests from the locals.

In Delhi, coming civic elections were deferred after the unification of the three MCDs, and till then, the civic body will come under the Lt Governor, so a person who will ensure the current anti-encroachment drive does not lose steam could be appointed.

Delhi has been seeing retired bureaucrats as Lt Governors. Prior to Baijal, Najeeb Jung was the Delhi LG but he was also not on good terms with the Arvind Kejriwal-led AAP government.

Baijal resigned on Wednesday, citing personal reasons. He sent his resignation to President Ram Nath Kovind, who is currently on a foreign tour. However, it is likely to be accepted soon.

A 1969 batch IAS officer from the AGMUT (Arunachal Pradesh-Goa-Mizoram and Union Territory) cadre, he served as the 21st Lt Governor of Delhi for a period of five years and four months from December 31, 2016 to May 18, 2022. As the Lt-Governor, he had been at loggerheads with Chief Minister Kejriwal over several issues. Baijal had also served as Union Home Secretary during the Atal Bihari Vajpayee government.