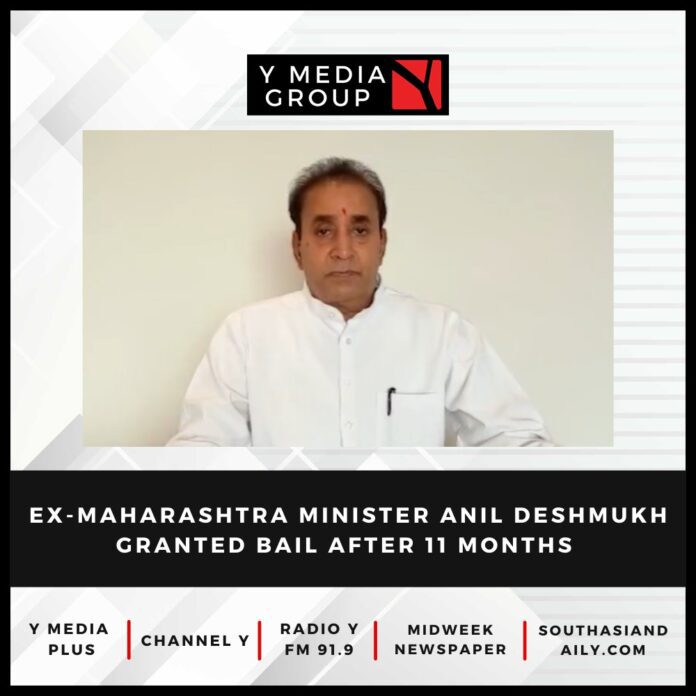 The Bombay High Court on Tuesday granted bail to former Maharashtra Home Minister Anil Deshmukh, 11 months after he was arrested by the Enforcement Directorate (ED) in an alleged money-laundering case.

A senior Nationalist Congress Party leader, Deshmukh, 73, was arrested early on November 2, 2021, after multiple raids by the Central Bureau of Investigation and ED at his home and offices in Nagpur and Mumbai.

However, the bench of Justice N.J. Jamadar has kept his order in abeyance till October 13 to enable the ED appeal against it in the Supreme Court, said his lawyers, senior advocate Vikram Chaudhri and advocate Aniket Nikam.

Additional Solicitor-General Anil Singh, representing the ED, sought time till October 13 to enable the central agency to file its plea in the apex court.

Accordingly, Deshmukh, who was to submit a bond of Rs 1 lakh and some other conditions, will not be able to walk out of jail for the present, while a separate plea by the CBI, which also has his custody, is also likely to be heard on October 13.

The matter was taken up on priority after Deshmukh’s team approached the Supreme Court last month as his bail remained pending for over eight months and several judges had recused themselves from hearing the case.

After booking Deshmukh under various sections of the Prevention of Money Laundering Act, the ED had filed a massive 7,000-page supplementary charge sheet in December 2021.

Among other things, Deshmukh was accused of misusing his official position as state Home Minister, collecting around Rs 4.70 crore from various Mumbai bar owners through (now) sacked cop Sachin Vaze, using companies and a trust linked to the ex-minister and his family to launder the money.

The ED had first filed its charge sheet against 14 persons including Deshmukh’s aides Sanjeev Palande and Kundan Shinde after the CBI started its probe in the matter in April 2021 following allegations levelled by former Mumbai Police Commissioner Param Bir Singh.

Chaudhri and Nikam had argued for bail citing Deshmukh’s advanced age, his frail health conditions, no previous criminal records and how the ED’s case was built on statements made by Vaze who stood to benefit as he was declared an “approver” in the case.