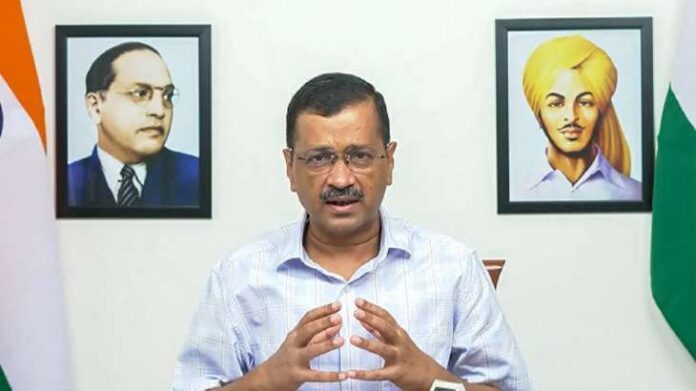 Delhi Chief Minister Arvind Kejriwal on Monday said that anybody from the Aam Admi Party (AAP) can be jailed under false charges as the Bhartiya Janta Party (BJP). Further attacking the saffron party, he said that the party fears defeat in the upcoming Gujarat elections.

This comes a day after CBI arrested Vijay Nair, AAP’s communications in-charge, in connection with the Delhi excise policy case in which Deputy Chief Minister Manish Sisodia has also been accused.

Kejriwal claimed that the CBI arrested Nair after he refused to buckle under the agency’s pressure to give a false statement against Sisodia to implicate him in the excise policy “scam”. Nair was arrested for his alleged role in “cartelisation” and “conspiracy” related to alleged irregularities in the allocation of liquor licenses in the capital, according to sources.

Slamming the BJP-led Centre over Nair’s arrest, Kejriwal charged, “They are extremely rattled and have gone crazy as the (popularity) graph of the Aam Aadmi Party in Gujarat is rising each day at a very fast pace. People of Gujarat are coming out in the streets and openly criticising them (BJP).”

The AAP national convenor claimed that Nair had nothing to do with the alleged liquor policy scam but was arrested by the CBI as he refused to give in to their pressure to give a false statement against Sisodia in order to implicate him in the case. First, Delhi Health Minister Satyendar Jain was arrested, then AAP MLA Amanatullah Khan and now Nair on “completely false” charges, Kejriwal said. “Next week, they are going to arrest Sisodia. If they can arrest a small party worker like Nair, they can arrest anybody,” he said.