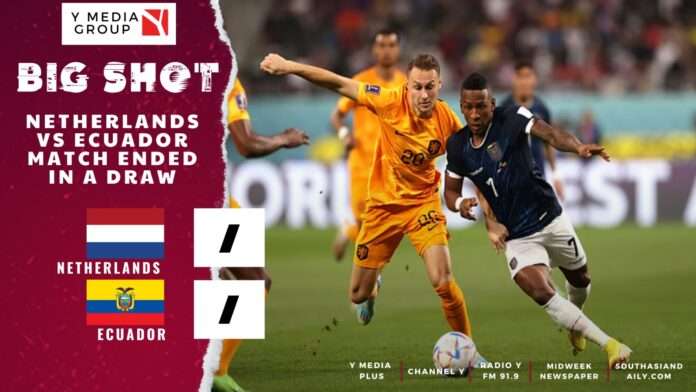 The Netherlands remained in contention for making it to the next stage of the FIFA World Cup 2022 here, despite being held to a 1-1 draw by South American side Ecuador at the Khalifa International Stadium here on Friday.

The draw meant that Qatar, who had earlier in the day lost to Senegal, crashed out in the first round, becoming the first host country failing to advance to the knockout rounds of the World Cup in recent times.

The Netherlands made a blazing start in Doha when Cody Gakpo fizzed an unstoppable sixth-minute 18-yard shot beyond Hernan Galindez in Ecuador’s goal to give the Oranje a 1-0 lead. This is the fastest goal of this championship.

However, Enner Valencia, Ecuador’s biggest star, scored his third goal in two matches in Qatar to level scores just into the second half (49th minute). The two teams remained locked despite creating many chances and coming close to scoring on several occasions.

Louis van Gaal’s Netherlands thus top the table with four points from one win and one draw. Ecuador are second with the same points while Senegal are third close behind on three points from two matches.

Qatar, having lost both their matches so far, are yet to score a point.