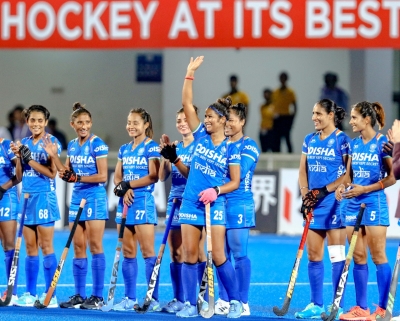 Having tasted success by finishing third in FIH Pro League 2021-22, the Indian women’s team will attempt to get promoted to the tournament proper from the FIH Hockey Women’s Nations Cup to be held in Valencia, Spain from December 11-17 this year.

Indian women participated in the FIH Pro League 2021-22 as a one-off special invitee after a number of countries pulled out due to the Covid-19 pandemic. Now that the event is over, the Indian women will be attempting to re-join the nine-team Pro League in the 2023-24 season.

“The FIH Hockey Women’s Nations Cup will run from December 11 to 17, 2022, in Valencia, Spain. The hosts Spain, will play in Pool A with South Korea, Ireland and Italy; while India, Japan, Canada and South Africa compete in Pool B,” said the FIH while releasing the pools and match schedule for the event.

The FIH Hockey Men’s Nations Cup will run from November 28 to December 4, 2022, in Potchefstroom, South Africa. The hosts South Africa, will play in Pool A with France, Ireland and Pakistan; while Canada join the Asian triumvirate of South Korea, Japan and Malaysia in the Pool B. The Indian men’s team had also finished third in the 2021-22 FIH pro League and will figure in the next edition too.