First attack by Islamic State on Chinese interests in Afghanistan 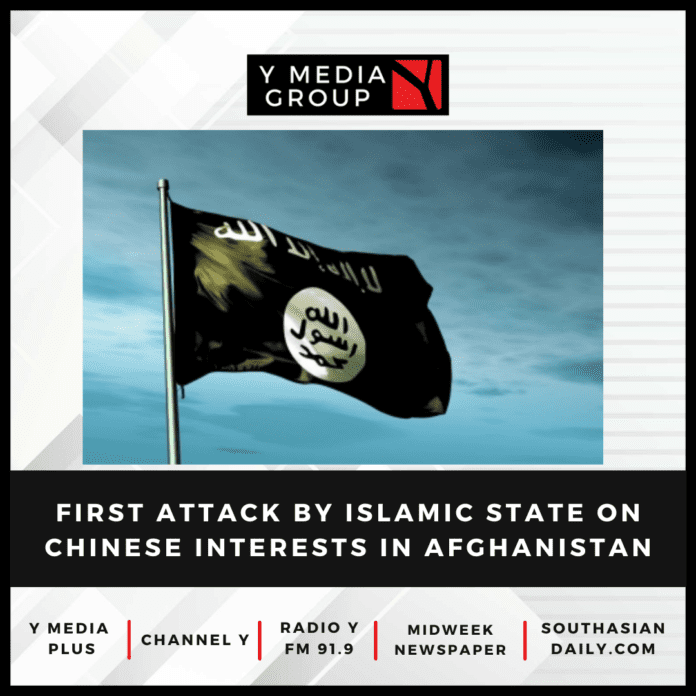 The assault on the Kabul Longan Hotel was the first major attack on Chinese interests in Afghanistan since the Taliban seized power last year, media reports said.

The attack has helped shed light on Beijing’s growing business activities in Afghanistan, which have largely gone under the radar, RFE/RL reported.

China has been one of the few countries in the world willing to trade with the Taliban government, which has not been recognised by any country. Chinese nationals have become the largest expatriate community in Afghanistan under Taliban rule. It has become common to see representatives of Chinese state-owned companies visiting ministries and holding talks with Taliban officials.

Islamic State-Khorasan (IS-K) extremist group’s attack on the Chinese-owned hotel in Kabul comes after assaults on the Russian and Pakistani embassies in recent months. China, Russia, and Pakistan are among the few countries that have maintained a diplomatic mission in Kabul. They are also among the Taliban’s key political and economic partners, RFE/RL reported.

Observers have said that IS-K’s attacks could be an attempt to undermine the Taliban’s ties with Beijing, Moscow, and Islamabad and scuttle efforts by the Kabul authorities to attract international trade and investment. IS-K appears to have achieved its immediate goal.

Following the hotel attack, Beijing advised its citizens to leave Afghanistan “as soon as possible”. The move could see an exodus of Chinese expats.

IS-K militants have posed a direct threat to the Taliban’s rule and legitimacy. In the past 16 months, IS-K has staged deadly, high-profile attacks that have undermined Afghanistan’s new rulers. The extremist group is likely to continue attacking the interests of the Taliban and its key foreign allies in Afghanistan, RFE/RL
reported.

IS-K carried out a deadly gun and bomb attack on a Chinese-owned hotel in central Kabul on December 12. The Taliban said it killed all three attackers, and that two foreign nationals were lightly wounded.

Beijing contradicted the Taliban by saying that at least five Chinese hotel guests were injured in the assault. More than 30 Chinese citizens were in the hotel at the time of the attack, according to a leading Chinese businessman in Afghanistan. The Emergency Hospital in Kabul said it had received three dead bodies and 18 wounded.