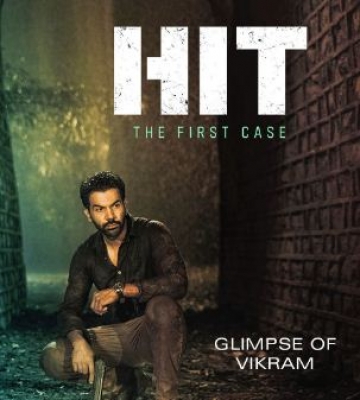 The first glimpse of Rajkummar Rao as Vikram from his upcoming film ‘HIT: The First Case’ was unveiled on Tuesday. Earlier, the motion poster from the film was dropped which incited a lot of curiosity among the audience.

And now with the first glimpse from the film, Rajkummar Rao looks quite edgy as he holds a gun in his hand. The film is a Hindi adaptation of the Telugu thriller film of the same name directed and written by Sailesh Kolanu, who is helming the Hindi version too.

The Telugu film followed the story of a cop suffering from PTSD as he investigates the murder of a missing girl.

Presented by Gulshan Kumar and T-Series in association with Dil Raju Productions, ‘HIT: The First Case’ has been produced by Bhushan Kumar, Dil Raju, Krishan Kumar, and Kuldeep Rathore. The film, which also stars Sanya Malhotra, is set to arrive in cinemas on July 15.