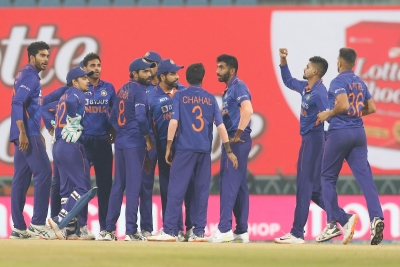 After two months of IPL 2022 action, India will be back on the road to ICC Men’s T20 World Cup in Australia later in the year when they will be up against South Africa in a five-match T20I series starting from Thursday at the Arun Jaitley Stadium.

The first match of the series will act as a platform for the hosts to convert their 12-0 winning streak in T20Is into 13, a record in the format. But the series won’t be a stroll in the park for the KL Rahul-led side, which is missing players like Rohit Sharma, Virat Kohli, Jasprit Bumrah, Mohammed Shami, Ravindra Jadeja, Suryakumar Yadav and Deepak Chahar.

The Proteas, led by Temba Bavuma, are playing on their full strength and with them losing a T20I match to India just once across previous two bilateral fixtures, India will be fully aware that the visitors cannot be taken lightly.

Here’s a look at five key match-ups to watch out for from the upcoming series:

From team-mates at Delhi Capitals in IPL 2022, the series between India and South Africa will now see Pant’s fiery play and Nortje’s tearaway pace up against each other for just the second time in international cricket. Pant, who had just 340 runs at an average of 30.91 and a strike rate of 151.79 for Delhi in IPL 2022, will certainly want to up the ante in the middle-order. On the other hand, Nortje made a comeback from persistent injuries to pick nine wickets in six matches for Delhi and would be eager to continue the good run against India’s vice-captain in the series.

Both Rahul and Rabada had great returns from IPL 2022. While Rahul amassed 616 runs at an average of 51.33 and a strike rate of 135.38 for Lucknow Super Giants, Rabada shined by picking 23 wickets at an economy rate of 8.46. The duo will be facing off against each other for the first time in international cricket, but in T20s, Rahul had got out to Rabada twice, including once in this year’s IPL, which sets up an interesting battle between India’s skipper and South Africa’s pace spearhead.

De Kock had a gala time in IPL 2022, amassing 508 runs at an average of 36.29 and a strike rate of 148.97 for Lucknow Super Giants. Bhuvneshwar, meanwhile, scalped 12 wickets in 14 matches at an economy rate of 7.34. But Bhuvneshwar, India’s most experienced pacer in the side, for the series against the Proteas will be itching to unsettle de Kock with his variations, especially in the first six overs, which he has done twice previously in international cricket. De Kock, on the other hand, would want to take his IPL 2022 form into the series against India.

Bavuma, South Africa’s white-ball skipper, will be up against the challenge of leg-spinner Yuzvendra Chahal, India’s leading wicket-taker in T20I cricket. Chahal, who recently won the IPL 2022 Purple Cap, bagged 27 wickets in 17 matches with an economy rate of 7.75. Chahal would love to continue his good form from IPL 2022 and try to get the better of Bavuma, like he did once in the ODI series between these two teams in January this year.

David Miller was one of the key players for the Gujarat Titans, winning the IPL 2022 trophy on their home ground in Ahmedabad. Miller had his most prolific IPL 2022 season, amassing 481 runs an average of 68.71 and a strike rate of 142.73. While batting in the middle order, he will be up against fast bowler and death overs exponent, Harshal Patel, who bagged 19 wickets in IPL 2022 with an economy rate of 7.66. Moreover, India have won every T20I whenever Patel has been in the playing eleven. It will be exciting to see how Patel will try to outfox an in-form Miller.