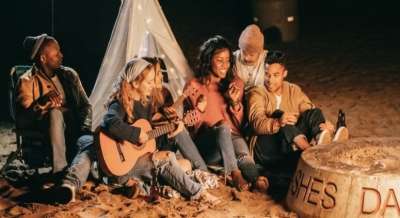 Inclusivity makes this world a better place. It strives to give individuals an equal chance to live, express, love, and earn despite their caste, religion, gender, or disability.

Limiting the concept of inclusivity to just decision-making isn’t the right thing. It also encircles the part of being heard, valued, and seen as an equal individual in society.

Minal Sethi, Founder of MatchAble said, “We live in a diverse nation, and diversity demands inclusivity. Inclusivity is a major problem or a challenge for people with disabilities. They are concerned about inclusivity because they are often left out and undervalued in all facets of life, from decision-making to getting promoted at work to dating and relationships. Even when people have genuine and positive intentions for those having disabilities, many don’t put their ideas into practice or take a proactive approach.”

She further adds, “Being proactive in the community can impact the societal norms and beliefs set for people with disabilities. It helps to break these norms and clear the negative thoughts surrounding the community. This article enlists five ways we can try to bring inclusivity to society.”

According to Minal we can attempt to bring inclusivity to society by following this five ways:

Use respectful language – Addressing someone can say a lot about our language, beliefs, and mindset. People with disabilities are individuals, and that identity should always come before their disability. For example, rather than saying disabled ones or specially-abled, use the term people with disability. This way, society will learn to emphasize the people than disability.

Social inclusion – Emphasising social inclusion at schools or in organisations will help individuals to value their strengths, understand those of others, and be there to assist when needed. People should be encouraged to engage more and share their talents. By doing this in schools, kids will never underestimate the value of talent, irrespective of the person performing it. Organisations should also promote individuals based on their capability and the work they perform and not discriminate against any individual.

Work culture – Discrimination also prevails in organisations by employing people and not giving a significant chance to people with disabilities. Disability is not a barrier to skill, courage, or the desire to work. Giving them a fair chance to sit in the interviews, in decision-making, and in promotions can improve society to a great extent.

Increase the participation of individuals with disabilities in politics and the media – the movies, series, TV shows, and politics influence a broader portion of people in the community. Creating TV shows/movies by casting people with disabilities will make them seen and give them a chance to stand out. Also, including them in politics can make them raise their voices for social change.

“Though these are just the points that stay with us just the words, being active in the community is what makes us responsible human beings in society,” concludes Minal.