Foreign students expected to stream back into China as restrictions ease 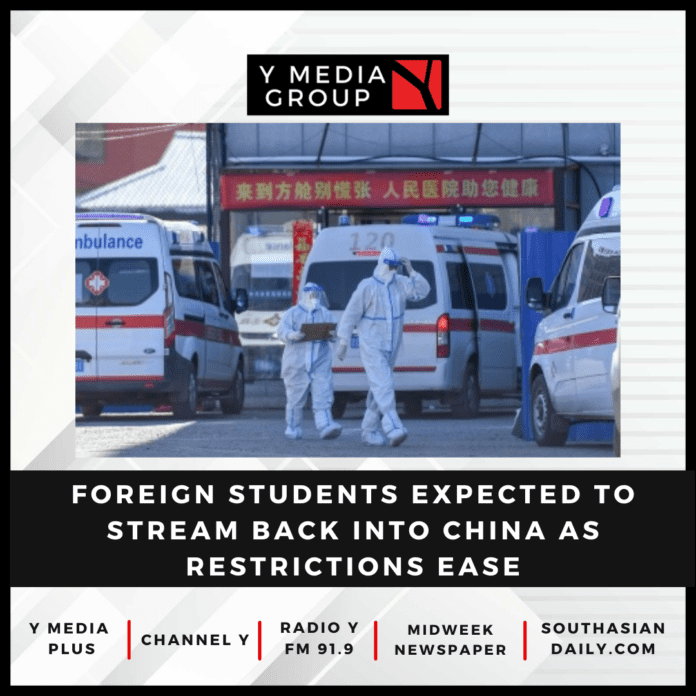 After three years of pandemic controls that limited academic exchanges between China and the rest of the world, students have begun making plans to study abroad again, media reports said.

Analysts said that with China’s zero-Covid policy dismantled, more Chinese students were looking abroad to further their education. And with strict quarantine rules ended, foreign students were expected to stream back into China, the South China Morning Post reported.

“Chinese study abroad will see a recovery (this) year after many obstacles are removed,” said Wang Huiyao, Founder and President of the Centre for China and Globalisation (CCG), a Beijing-based think tank.

From January 8, limits on the number of international passenger flights to China will be lifted, and arriving travellers will no longer need to quarantine.

The visa application process for foreigners coming to China for study or business is expected to be less troublesome, according to new policies announced by the State Council last week, the SCMP reported.

“During the pandemic, some parents worried that their children would be infected if they went abroad and the visa processing (was troublesome), but now the obstacles will be removed and the flight tickets will be affordable. The number of people studying overseas will return to normal levels,” Wang said.

Since the start of the pandemic, many Chinese students have had to either postpone or cancel plans to study abroad over fears of contracting Covid-19, difficulties in visiting home, and worries about anti-Asian discrimination, according to a report by Shanghai-based media outlet Sixth Tone, SCMP reported.

The number of primary and secondary Chinese students going abroad for school would increase in 2023 after their parents delayed those plans over pandemic worries, said a consultant, surnamed An, at overseas study consultancy EIC Education.

“I am not sure whether the whole market will improve, but for minors whose parents have been worried about their situation and not in a rush to send them out, but turning to domestic international schools (instead), I believe they will be considering sending them out after the recent policy (change),” she said, SCMP reported.