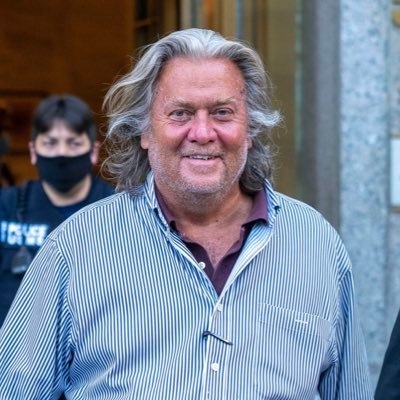 The trial begins on Monday of Steve Bannon, an adviser to former US President Donald Trump, for refusing to testify before a congressional select committee investigating the January 6 riots.

The first step of the trial will be selecting the jurors.

Bannon faces two counts of misdemeanor for defying a subpoena from the committee to give testimony and provide documents.

Bannon had infamously predicted the January 6 riots. “All hell is going to break loose tomorrow,” he had said on a right-wing radio talk show on January 5. A clip from that show was played by the select committee of the House of Representatives at a hearing in July. “It’s all converging, and now we’re on, as they say, the point of attack,” he had added.

The controversial adviser claimed the cover of executive privilege claimed by Trump to defy the summons, despite the fact that he had not not held any position in the administration after being fired as White House senior adviser in 2017. He had continued to advise Trump from the outside.

The select committee has said that Bannon made the “all hell is going to break loose” after a phone conversation with Trump on January 5. The former adviser had also attended a war-room-typing meeting with other Trump aides such as personal attorney Rudy Giuliani to the same day about the rally the next day.

The former President has directed aides and advisers to invoke immunity under his executive privilege to refuse to cooperate with the committee.

The committee rejected Bannon’s plea and referred his case to the Department of Justice to determine if he should be prosecuted.

Bannon was indicted in February on two counts.

Just ahead of the start of the trial, though, Bannon dropped his defiance and offered to testify. Trump also gave him a letter granting him exemption from executive privilege. But the select committee rejected his offer and the court refused to stop or delay the trial.

Another Trump aide, former trade adviser Peter Navarro, is also facing contempt of Congress proceedings; he was indicted in June. The Department of Justice has declined, however, to prosecute two other Trump aides — former Chief of Staff Mark Meadows and former Social Media Director Dan Scavino — referred to it by the committee for contempt.

Meadows first cooperated with the committee and turned over thousands of documents containing text messages, emails and other communications, but pulled out of personal testimony.

The select committee is expected to hold its last public hearing on Thursday. It has no power to prosecute anyone, but the Department of Justice has been following the proceedings closely and had already raided two Trump-era aides who participated in his efforts to overturn his defeat in the 2020 presidential election.