Fresh organic strawberries likely cause hepatitis A outbreak in the US, Canada 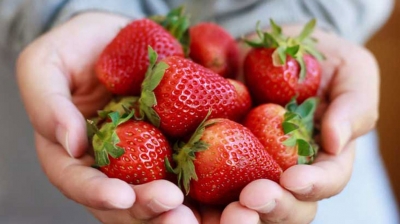 A multistate outbreak of hepatitis A infections in the US and Canada is likely linked to contaminated organic strawberries sold in leading grocery stores, according to the US Food and Drug Administration (FDA).

These strawberries were branded as FreshKampo and HEB, sold between March 5 and April 25 in groceries, including Walmart, Aldi, Sprouts Farmers Market and Trader Joe’s, according to the FDA.

“Consumers, restaurants, and retailers should not sell, serve, or eat any fresh organic strawberries branded as FreshKampo or HEB if purchased between March 5 and April 25,” the FDA said in a statement.

The agency urged people who purchased the fresh strawberries and then froze them for later consumption not to eat them, Xinhua news agency reported.

Traceback investigations showed that cases in Canada and US states of California and Minnesota reported having purchased fresh organic strawberries branded as FreshKampo or HEB prior to becoming ill.

Illness onset dates ranged from March 28 to April 30, according to the FDA.

A total of 17 cases of hepatitis A had been reported in the US as of Saturday, and 12 people had been hospitalised with the highly contagious virus that can cause fever, nausea, stomach pain and fatigue, the FDA added.