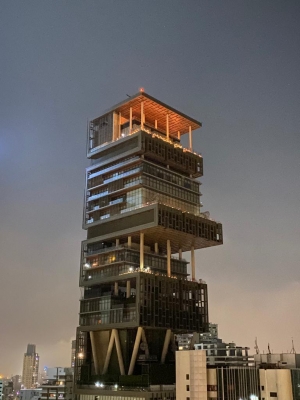 The Mumbai Police have detained one person in connection with the death threats given to billionaire industrialist and his family members, officials said here on Monday.

According to an official, the threats were made in several phone calls received at the Sir H.N. Reliance Foundation Hospital in south Mumbai on Monday.

“Yes, we received eight calls, one after the other, from some unidentified person giving death threats to our Chairman Mukesh Ambani. We immediately complained to the police. We have also initiated our own internal security measures and have full faith in the Mumbai Police,” the hospital CEO Dr. (Ms) Tarang Gianchandani told IANS.

Launching the probe, the local police have traced the caller and detained one person, reportedly of unsound mind, in connection with the incident, and details are awaited.

Simultaneously, as a precaution, security at the Ambani residence Antilia has also been beefed up along with the family’s private security detail.

This is the second time in barely 18 months that the Ambani family has been targeted — earlier in February 2021 when an SUV with 20 gelatin sticks plus a threat note — was found abandoned near the family home Antilia.

It led to a massive national furore with several serving or retired policemen arrested, the SUV owner Mansukh Hiran later was found dead in Thane and a political upheaval that rocked the state for several months during the tenure of erstwhile Maha Vikas Aghadi headed by former Chief Minister Uddhav Thackeray.