From slush financing and extortion to drugs, the ‘Bolly-Mafia’ nexus as thick as ever 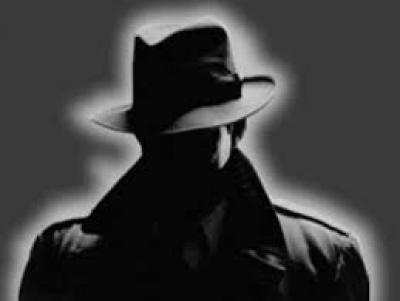 For over five decades, the attraction between Bollywood and underworld is a grim reality, but oft with fatal consequences – though there are some glaring differences in the game pre-and-post 2000 eras.

After the dawn of Indian film industry with the historic “Raja Harishchandra” (1913) by the Father of Indian Cinema, Dhundiraj Govind Phalke, now revered as Dadasaheb Phalke, the fledgling industry floundered in a hand-to-mouth existence in the highly capital-intensive business.

It was only around the “middle-ages” of the entertainment industry or in the 1960s, that “prosperity” quietly sneaked into the film world, with producers seemingly flush with unaccounted funds from the mafia for their big and small screen ventures.

Though the traditional film companies with their own huge studios ruled the roost, the 1960s-1970s saw the phenomenal rise of many called the “independent” film-makers, and some launching their own production houses and most blessed with huge commercial successes.

As in most sectors, films also are a business of entertainment and the “money-bags” commanded all they financed – the stars, producers, directors, music directors, singers, distributors, theatre-owners, etc., ideal conditions for all Hell to break loose with one stray spark.

“This created frictions with a large number of films being released every year, rival gangsters trying to safeguard their box-office interests, which led to dire threats, blatant extortions, warning shootouts or dastardly killings,” said a prominent film producer of a major production house, who has witnessed all in Bollywood in the past seven decades.

With several producers, directors, actors, financiers or music barons becoming holy spirits in the pre-2000 era, and the living ones in sheer fear, there was a clamour from many quarters to infuse some decorum and “clean money” into Bollywood.

More important, compared with just a handful of foreigners who gained entry to Bollywood or locals working in films abroad in the pre-2000s, the turn of the century saw many foreigners thronging to the Indian entertainment industry with its unique glamour quotient, the sheer reach among the audiences and of course good remuneration for all, while Indian actors also made splashes in foreign films.

These in turn, boosted even the regional films in Marathi, Gujarati, or Bhojpuri – though the South Indian film industry remains unique in itself and now proudly rubs shoulders with Big Brother Bollywood as an equal.

“Drugs have always been an integral part of the glamour industry… But many feel that post-2000, its influence increased all round. With certain types of restrictions and the digital era being implemented, there was a need for a lot of working cash on a daily basis… How to get it…?” said another Bollywood director, preferring anonymity.

There were stray incidents of Bollywood celebs being involved in narcotic-related cases, like Fardeen Khan long ago, and then the infamous drugs case arising out of the death of actor Sushant Singh Rajput two years ago, and recently the trapping of Shah Rukh Khan’s son Aryan Khan in an alleged contraband case which turned out to be “fake”, as was widely assumed.

Hoping to demolish “the drugs citadel in Bollywood”, the Narcotics Control Bureau (NCB) fanatically went after the alleged drug-mafia active in the film industry, but ended up netting small baddies and streetside peddlers, with the big ones in hiding and guffawing…

Recent years have seen the names of international models, starlets, their kin or Indian filmy friends being linked to drugs with raids carried out in Mumbai, Pune, Nashik, Raigad, adjoining Goa and other places, though the big fish remain elusive, as always.

A prominent film financer apprehends that with filmmaking and distribution shifting to the new breed of OTT platforms, making content and uploading it from anywhere in the world, is poised to revolutionise the traditional modes of film financing and worries of a new lifeline to the so-called “hush money” supply, so desperately needed by the entertainment industry players.

“Things have changed a lot in the current century… Merely having monetary resources in the bank does not guarantee a big-bang entry to the entertainment industry, many other visible or invisible forces also work,” he added glumly.

Moreover, now the potential investors are “bullish”, looking at quick returns on their investments… no longer are they prepared to wait for months or years to earn profits and would rather explore other quick-buck options like the stock markets.