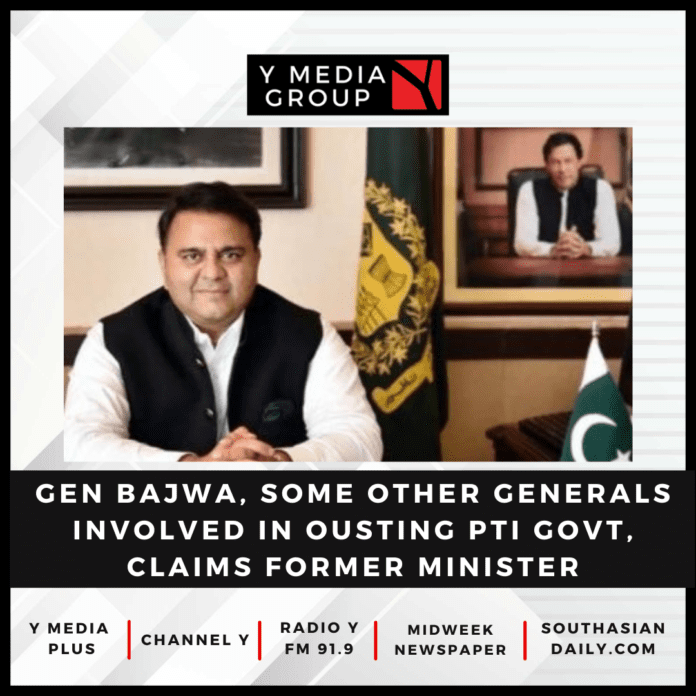 Making the claim during an interview, the former minister insisted that his party came to power on its own over a 22-year effort, but minced no words in saying that it was removed from power through a conspiracy, Dawn reported.

“And in that conspiracy, some army generals were involved, there is no doubt about that and the establishment actually played a very active role in the ouster of Imran Khan. In fact, the last army chief (Gen Bajwa) was (also) actively involved in sending our government home,” he alleged.

The ex-minister went on to claim that the establishment was also controlling the parties allied with the PTI in the previous government.

Chaudhry said the current army leadership has just assumed the office and they are hoping there will be a change in the policy, but the last chief was not talking the truth when he said that they (the PTI) asked for their help.

He dismissed the notion that the PTI was against the military, saying his party was not against anyone. “In Pakistan, unelected institutions like the judiciary and the military exercised their powers beyond Constitution (in the past), which is known to everyone,” he said, Dawn reported.