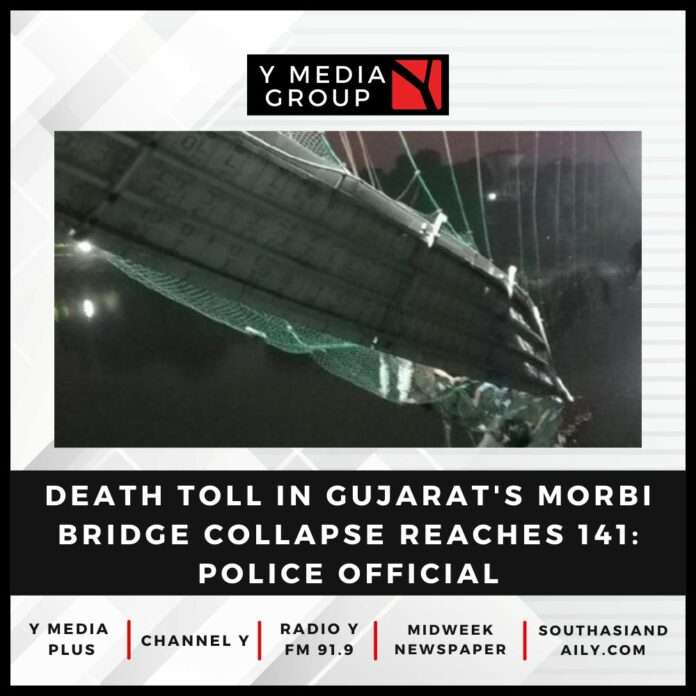 The collapse of a cable bridge on the Machhu river in Gujarat’s Morbi on Sunday evening left at least 141 dead – including a few children left orphaned, while some have lost their entire next generation.

When the bodies of the victims reached villages and towns, it left behind families and people in tears and pain.

Four-year-old Shivam of Rajkot, had gone to Morbi with his father Bhupat Parmar, mother Sangitaben and brother Viraj. Only Shivam only has returned alive, and other three’s dead bodies were brought back, said his grandfather Chagan Parmar.

“Till the bodies were brought back, Shivam kept inquiring about his parents… after seeing bodies, I am not able to console myself, and don’t know how will help Shivam to grow,” he said.

Ahmedabad’s Jesang Chavda’s eyes are full of tears and does not have words to explain what happened to his 7-year-old granddaughter. His son Ashok Chavda, daughter-in-law Bhavnaben and their daughter were on a tour of Kutch and while returning back to Ahmedabad, they decided to visit the cable bridge. While her parents died in the accident, she had a miraculous escape.

The family is not able to explain to the 7-year-old that she has lost her parents.

Jamnagar’s Jaliya Devani village is in deep shock because seven members of Jadeja family – including four children – died in the horrifying accident. Brothers Pradyumansinh and Pratapsinh Jadeja, their wives, two children each and their mother have died in the bridge collapse.

Pratapsinh’s wife Krishna was pregnant. The village carried seven bodies in tractors for their final rites.

In Morbi town’s graveyard, diggers have been busy since Sunday night as the town has lost 36 members of the community including children. It takes five hours to dig one grave.

Three members of the Iliyas Pathan family and two members of the Sumra family have died, out of which four were children. On Monday afternoon, eight ‘janazas’ (funeral processions) started for burial from Morbi town