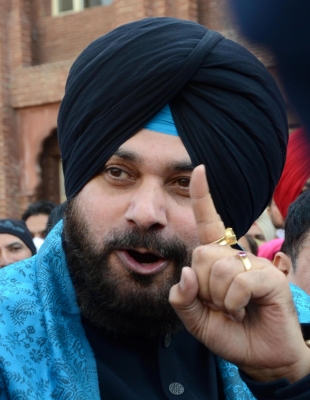 The Supreme Court on Thursday held that the hand can also be a weapon by itself where a boxer, cricketer, or a fit person inflicts a blow, as it sentenced Congress’ Punjab leader Navjot Singh Sidhu to one year rigorous imprisonment in a 1988 road rage case.

A bench of Justices A.M. Khanwilkar and Sanjay Kishan Kaul said: “The hand can also be a weapon by itself, where, say a boxer, a wrestler or a cricketer or an extremely physically fit person inflicts the same. This may be understood where a blow may be given either by a physically fit person or to a more aged person.”

It said there cannot be leniency in sentencing when the hurt/injury has resulted in death, nor can the delay in trial be taken into account which was not attributable to the complainants.

“Respondent No 1 (Sidhu), at the relevant time, was a young man of 25 years, who was playing international cricket and was athletically physically fit. He is expected to know the effect of any blow to be inflicted by him, more so, when on the opposite side the man is aged about 65 years (more than his father’s age and elder to him by 40 years),” the bench held.

It said Sidhu cannot say that he did not know the effect of the blow or plead ignorance on this aspect. It further added that it is not as if someone has to remind him of the extent of the injury which could be caused by a blow inflicted by him. “In the given circumstances, tempers may have been lost but then the consequences of the loss of temper must be borne,” said the bench.

The top court noted it was urged that simply because it was a spontaneous incident where no weapon was used, but held that this cannot be a ground to inflict minimal and innocuous punishment of fine of Rs 1,000.

It said the question is whether even on sentence, mere passage of time can result in a fine of Rs 1,000, being an adequate sentence where a person has lost his life by reason of the severity of the blow inflicted by Sidhu with his hands.

“Insofar as the injury caused is concerned, this court has accepted the plea of a single blow by hand being given on the head of the deceased. In our view, it is this significance which is an error apparent on the face of the record needing some remedial action, added the bench.

On aspect of sentence in the matter, it said: “Punishments are awarded not because of the fact that it has to be an eye for an eye or a tooth for a tooth, rather having its due impact on the society; while undue harshness is not required but inadequate punishment may lead to sufferance of the community at large.”