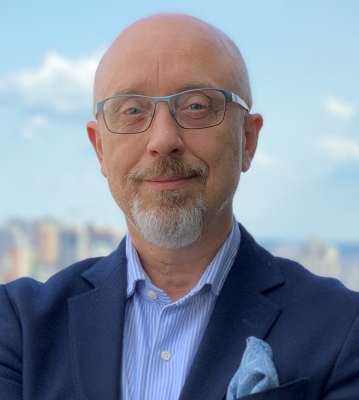 Ukraine’s Defence Minister Oleksiy Reznikov, speaking at a panel of the GLOBSEC-2022 International Security Forum in Bratislava, has said that the HIMARS and M270 multiple rocket launchers would help deter Russian “aggression”.

Reznikov added that Ukrainian gunners had already started their training for HIMARS and M270 in Europe, Ukrinform news agency reported, citing the Ministry of Defence.

The Minister welcomed the decision made by the US administration to provide Ukraine with HIMARS MLR systems, noting that the British Defence Secretary, Ben Wallace, announced the supply of M270 systems.

“Recall the words of American astronaut Neil Armstrong, who landed on the moon, that ‘this is a small step for man, but a giant leap for all mankind.’ So, the decision of the White House on HIMARS and London – on M270 is the first step for Ukraine and a huge leap in the issue of repulsing Russian aggression,” said the Minister of Defence.

The minister also praised the implementation of the idea of the US and UK defence chiefs on holding a conference on assistance to Ukraine, which took place in London, and later transformed into the Ramstein format.

“The next meeting is expected in June. Such a coordination system will help us ensure continued supplies in the future. For example, new aircraft, missile systems, or cybernetic systems. The demining program in Ukraine is urgent because we have a lot of unexploded ordnance in our land,” Reznikov added.