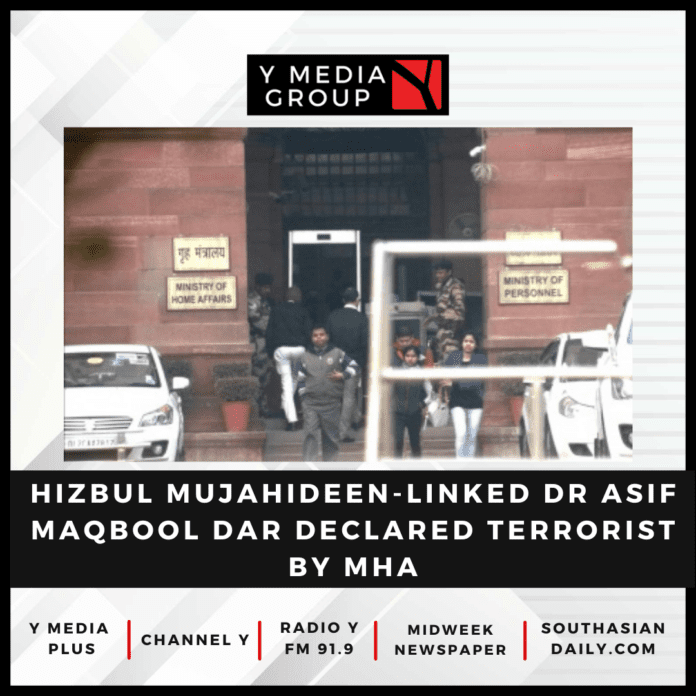 The Ministry of Home Affairs on Saturday declared Dr Asif Maqbool Dar, associated with Hizbul Mujahideen, a terrorist under the UAPA for his involvement in promoting terrorist activities in Jammu and Kashmir and funding them with the help of money from Saudi Arabia.

“Dr. Asif Maqbool Dar, associated with Hizbul Mujahideen, has been designated as a terrorist by the MHA,” the Ministry said in a notification.

The notification said Dar was involved in instigating, provoking and radicalising youth of the Kashmir Valley for terrorist activities by using social media platforms.

“Dar is one of the leading radical voices on social media and involved in nefariously influencing Kashmiri youth to take up arms against the Indian government and security forces.

“Dar is accused in a case investigated by the National Investigating Agency (NIA) relating to conspiracy hatched by the cadres of terrorist organisation to undertake violent terrorist act in Jammu and Kashmir and major cities in India including New Delhi on the direction of handlers based across the border,” the notification read.