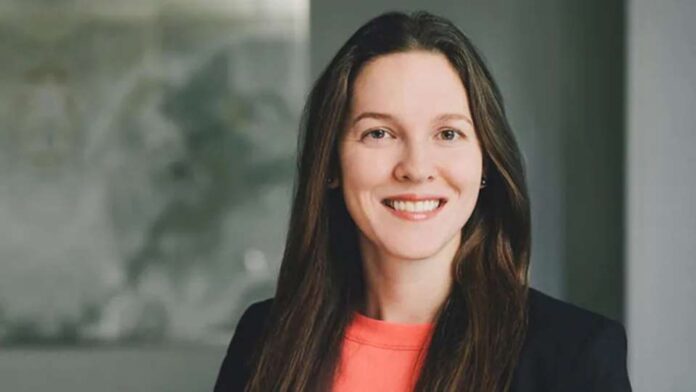 Hockey Canada’s Board of Directors convened a meeting with its 13 duly constituted provincial, regional, and territorial associations and federations (“the Members”).

Pursuant to Hockey Canada’s By-Laws, the Members recommended, and the Board appointed Andrea Skinner to serve as interim Chair of the Board until the conclusion of the current Board’s term. The term is set to expire at the annual meeting scheduled for November 2022. Ms. Skinner’s appointment comes after the resignation of Michael Brind’Amour.

Ms. Skinner was first elected to the Hockey Canada Board of Directors in November 2020 and has volunteered countless hours in service to the organization. She practices law as a partner at Aird & Berlis LLP, where she also serves as Chair of the Diversity and Inclusion Committee and leads the firm’s Mental Health Initiative. Under her leadership, Aird & Berlis was named the Outstanding Canadian Firm of the Year at the 2022 Chambers Diversity & Inclusion: North America Awards.

Since 1914, Hockey Canada has been the organization that Canadians have trusted to lead, develop and promote positive hockey experiences. Recent events have called that trust into question. This is of real concern to the Board of Directors who, as volunteers, have worked diligently since our election in November 2020 to deliver on our mission.

The current Board is the first Board elected under updated By-Laws requiring gender diversity.  The Board’s composition was enhanced by the efforts of an independent nominating committee that recruited nominees from the general public, including Ms. Skinner.  Over the past 18 months, the Board has brought forward new ideas and perspectives, with a focus on inclusion and making the game more accessible to all Canadians. We recognize there is more work to do and we are committed to continuing to drive change, in the best interests of hockey and in keeping with Canadians’ expectations.

Andrea Skinner is a partner at Aird & Berlis LLP, a Toronto-based law firm. Andrea practices in the areas of municipal, land use planning and expropriation law, regularly appearing before administrative tribunals and courts. She is a co-author of the textbook, Expropriation Law in Ontario.

Andrea is a lifelong athlete, volunteer and leader. She has played at an elite level in several competitive sports. In her youth, she was a nationally ranked competitive swimmer and played soccer for Team Ontario. She graduated from Cornell University, where she was admitted to the National Society of Collegiate Scholars and the Red Key Honors Society. At Cornell, she played four years of varsity hockey and was captain during her senior year. She received the Senior Spirit and Cornell Big Red Player of the Year awards, given to the varsity athlete exhibiting extraordinary academic, athletic and community contribution, and athletic achievement, respectively. Andrea’s hockey involvement includes refereeing at the highest levels of women’s hockey in Canada, including the 2014 Esso Cup and 2014 Clarkson Cup, as well as acting as a mentor referee with the Ontario Women’s Hockey Association. She was an assistant coach with the University of Ottawa varsity women’s hockey team while in law school at the University of Ottawa. She graduated Cum Laude from the University of Ottawa Faculty of Law.

Prior to joining the Hockey Canada Board of Directors, Andrea devoted significant time and effort to community service initiatives, including serving as a mentor to members of a girls’ minor hockey association, directing a running and reading program for disadvantaged children in Ottawa, and serving as a Board member of Hockey Helps the Homeless.

Andrea was elected to the Hockey Canada Board of Directors in November 2020 as part of the first Board elected under the organization’s updated By-Laws requiring a minimum of two men and two women to be elected to the Board.  Andrea was recruited from the public at large by Hockey Canada’s independent nominating committee.

Andrea lives in Toronto with her spouse, an emergency medicine physician, and two young children.

Andrea Skinner said, “As a Board we are listening to Canadians. We are working to make meaningful positive changes to the culture of the sport of hockey. I am proud of my lifelong commitment to hockey and am honoured to serve Hockey Canada as Chair of the Board; a Board that includes men and women with a diversity of age and life experiences, and one that represents different ethnic and cultural communities, including Indigenous Canadians, and the LGBT2Q+ community. I sincerely believe the organization is taking positive steps to effect meaningful change from the grassroots to high-performance national team level.”