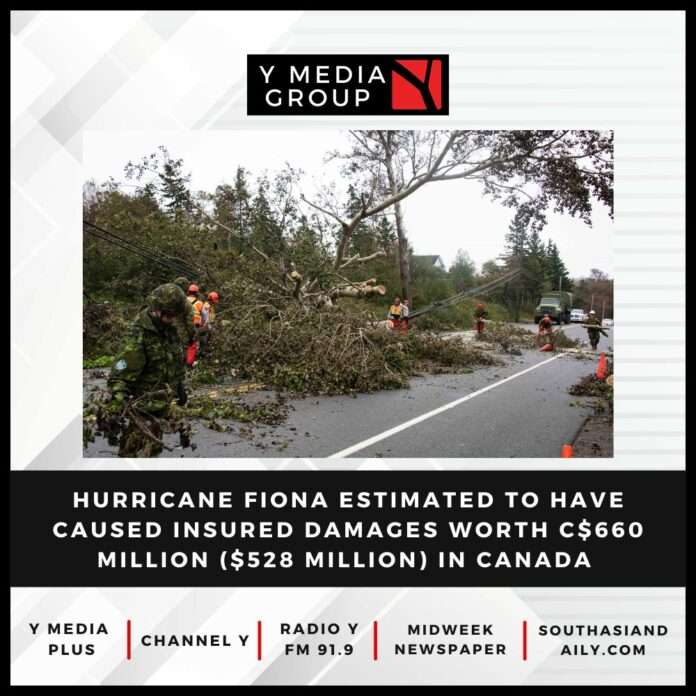 Hurricane Fiona is estimated to have caused insured damages worth C$660 million ($528 million) in Canada, it was revealed.

The Insurance Bureau of Canada said on Wednesday that Fiona was the most costly extreme weather event ever recorded in Atlantic Canada, and the 10th largest in the country in terms of insured damages, Xinhua news agency.

Many affected residents were located in high-risk flood areas and floodplains where residential flood insurance coverage is not available.

As a result, the overwhelming majority of costs for this disaster will be borne by government, according to the release.

“As we begin to see the extent of damages caused by hurricane Fiona, it is clear that much more needs to be done to enhance our resilience to extreme weather events and build a culture of preparedness moving forward,” said Amanda Dean, vice-president, Atlantic, Insurance Bureau of Canada.

The long-lived and powerful storm first made landfall in Atlantic Canada on September 24.

Insurance claims from severe weather have more than quadrupled across Canada since 2008.

The new normal for insured catastrophic damages in the country has reached C$2 billion annually.