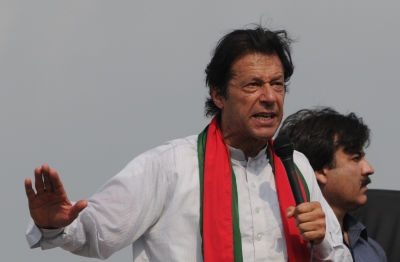 After several hours of political drama and chaos across Pakistan in the wake of PTI’s much-anticipated ‘Azadi March’, the federal government and PTI have both refuted claims of striking an agreement, the media reported.

Following the directions of the Supreme Court of Pakistan, the two sides engaged in dialogue, however, no breakthrough was reported between the two. According to Geo News, the talks between the government and PTI continued for two-and-half hours, Geo News reported.

Political tensions are at an all-time high in Pakistan with all eyes on Islamabad as the city braced itself for the arrival of PTI workers and leaders heading towards the federal capital for the party’s Azadi March despite the government’s instructions not to.

So far, the day has been filled with political drama. Lahore turned into a battleground as multiple scuffles took place between the police and PTI marchers as the latter tried to wriggle out of the barricades placed on their way, Geo News reported.

Law enforcement was on high alert and the government has given instructions to take “all possible measures” to stop the PTI’s ‘Azadi March’.

PTI Chairman Imran Khan is leading the march, which he has said will be the “biggest” in Pakistan’s political history, while Interior Minister Rana Sanaullah will address the public shortly over the ongoing situation.

In order to restrain Lahore’s rally from entering Islamabad, the police tried to arrest former energy minister and senior PTI leader Hammad Azhar; however, party workers managed to save him.