In a first, Pakistan rupee slumps to 205 threshold 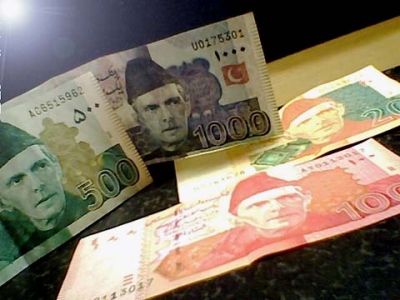 The Pakistani rupee on Tuesday broke all records against the US dollar after shedding 4 PKR in the open market as it surpassed the 205 threshold for the first time in history, according to data from the Forex Association of Pakistan.

The currency continued its downward slide against the US dollar, dropping to an all time low of 202.75 PKR in the interbank market during intraday trade on the rising demand for the greenback due to import payments, Geo News reported.

The local currency extended its decline as the demand for the rupee is higher compared to its supply due to import demand which has increased because of oil payments.

Tahir Abbas, an analyst from the Arif Habib Limited brokerage firm, said the Pakistani currency is under pressure due to pending oil payments and rising oil prices in the international market, Geo News reported.

“The plunge came on the back of a mammoth import bill and widened the current account deficit,” he said.

The analyst added that the market is keeping a close eye on the developments regarding the International Monetary Fund (IMF) programme, which is expected to be revived after the announcement of the budget as the government is taking all possible steps to meet the conditions laid forth by the Fund.

The last time the PKR had breached the 202 mark was on May 26, when there was higher uncertainty over the revival of the IMF loan programme than now.

The recent bearish spell began after the government hiked the price of petroleum products by a major 60 PKR per litre as a result of removing subsidies, one of the main demands of the money lender.