In A Snub To India, US Congress Clears Pakistan’s F-16 Package 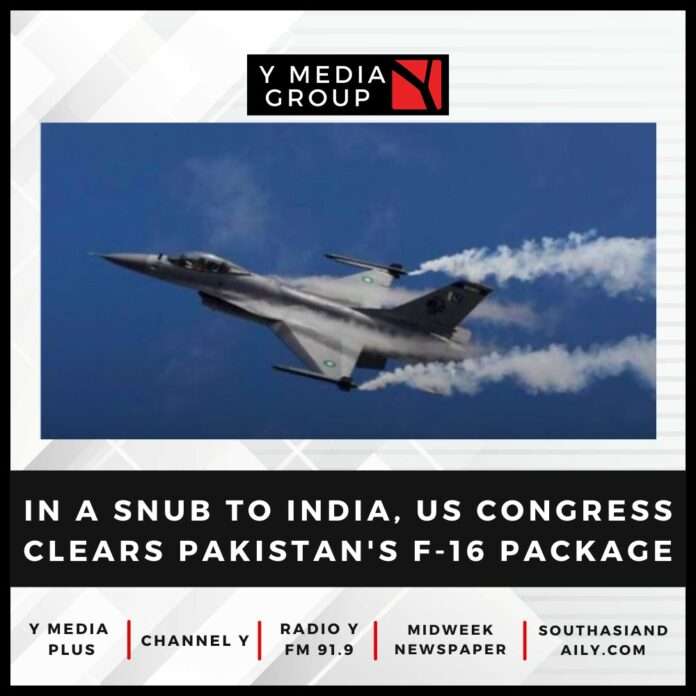 Ignoring India’s objections to Pakistans F-16 package, the US Congress cleared a proposed foreign military sale valued at $450 million for maintenance and sustainment services of the fighter jet, a media report said Wednesday.

According to the Geo News report, Congress didn’t raise any objection to the proposed sale thus clearing the way for the package for Pakistan which was approved last month by President Joe Biden’s administration.

As per the rules, clearance was required from the US House of Representatives for the programme to proceed.

The F-16 package made headlines after Indian criticism of the deal, triggering a strong response from Islamabad which urged New Delhi to refrain from commenting on Pakistan-US ties, Geo News reported.

US Secretary of State Antony Blinken also defended the military sale, saying the package was for the maintenance of Pakistan’s existing fleet.

“These are not new planes, new systems, new weapons. It’s sustaining what they have,” he said in a joint press conference with India’s External Affairs Minister S. Jaishankar.

“Pakistan’s programme bolsters its capability to deal with terrorist threats emanating from Pakistan or from the region. It’s in no one’s interests that those threats be able to go forward with impunity, and so this capability that Pakistan has had can benefit all of us in dealing with terrorism,” Blinken had said.

He added that the US had a “responsibility and an obligation to whomever we provide military equipment to make sure that it’s maintained and sustained. That’s our obligation”.

When asked to elaborate on the terrorism threats and the need for F-16s to counter them, Blinken said: “There are clear terrorism threats that continue to emanate from Pakistan itself as well as from neighbouring countries.

“And whether it is TTP (Tehreek-i-Taliban Pakistan) that may be targeting Pakistan, whether it’s IS, whether it’s Al Qaeda, I think the threats are clear, well-known, and we all have an interest in making sure that we have the means to deal with them. And that’s what this is about.”