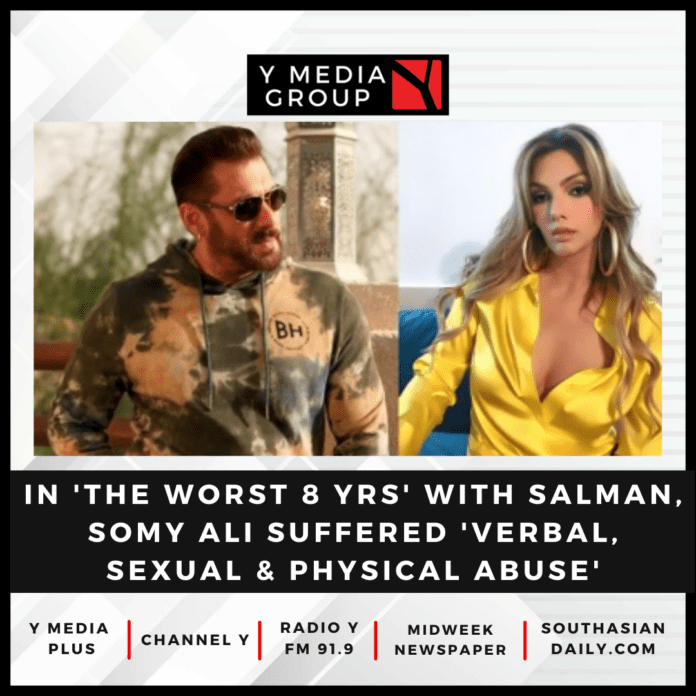 Former actress and now social activist Somy Ali, who has never shied away from speaking about her abusive relationship with superstar Salman Khan, has once again touched upon the topic and said that the eight years she spent with him were the worst years of her entire existence.

Somy took to Instagram, where she detailed her relationship with Salman. She said that the superstar would “constantly belittle” her by calling her “ugly, stupid and dumb.”

Her post reads as follows: “There are times when you posted and then deleted the post.. Can you please share the reason behind it? Yes, because I had used profanity and my anger got the best of me. As an executive director of an NGO, it did not sit well with me to have profane posts on my social media. Thus, I deleted them.”

She added: “What happened between Somy Ali and Salman Khan – this is one question that everyone is asking. Can you please share the answer?”

“The eight years spent with him were the worst years of my entire existence. In addition to tons of affairs and flings, he would constantly belittle me by calling me ugly, stupid and dumb. Not a day went by that he wouldn’t make me feel worthless and small.”

“He would not acknowledge me as his girlfriend in public for years and when he finally did, he would insult me in front of his friends and berate me non-stop.”

She shared that she has “no qualms in saying that given his treatment of me I chose to have affairs which essentially defined as a search for someone who would care for me and love me.”

“Someone who would not insult me and would actually be nice to me.”

“Unfortunately, I was unaware that these men were simply using me and I was building a future with each affair while I was simply being used. When Salman learned of these affairs he had the guts to, after beating me, say that ‘I am a man and only men can cheat not women.'”

“I was aghast at that statement and the sexism that reeked from it. Let’s not forget that just because Salman or anyone else is nice to you, they are the same with others. I had it the worst in terms of verbal, sexual and physical abuse.”

Somy was last seen on the silver screen in 1997 in ‘Chupp’. Salman and Somy’s relationship was very publicised in th 1990’s.