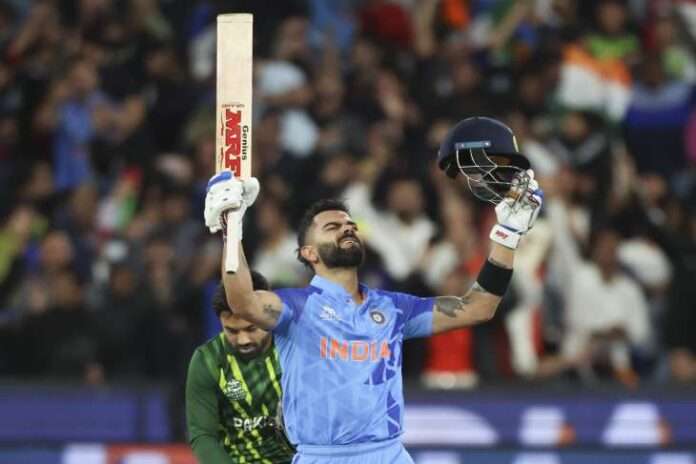 Virat Kohli owned the grand stage at the Melbourne Cricket Stadium with a knock to remember for the ages as he guided India to an epic four-wicket over Pakistan on Sunday.

In the thrilling T20 World Cup game that was witnessed by 90,000 boisterous fans, Kohli managed to turn the tables in India’s favour with his brilliant batting. King Kohli played a magical and memorable 83-run knock to anchor a chase of 160 which became tricky after India were left in tatters at 31/4.

Kohli’s amazing innings made fans jump with excitement. Fans shared their love and wishes in form of posts on their social media handles.