IND vs SA: This will happen after 13 long years when India takes on Proteas, Know details 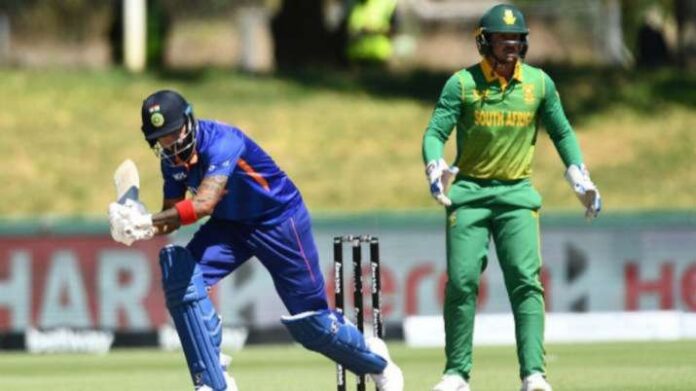 India is set to play a five-match T20 series against South Africa starting from 9th June. The squad was declared for the same on 22nd May. While there were inclusions of players like Arshdeep Singh and Umran Malik who got their maiden call ups for the team. Players like Virat Kohli, Rohit Sharma, and Jasprit Bumrah didn’t make it to the list to give them rest for India’s tour to England in July.

In the last 13 years, it has happened for the first time that Kohli and Sharma both won’t be there in a T20I series played at home. Either Kohli or Sharma has always been there for 13 long years taking the responsibility to lead the side. In the upcoming series, KL Rahul is set to lead Team India and Rishabh Pant is named as the vice-captain.

The T20 series will be played with no restrictions as far as the crowd capacity is concerned, as the BCCI has allowed 100% crowd capacity. There will be no bio-bubble too. However, the players will go through regular Covid-19 tests.

The South African team has already arrived in Delhi, where the first match will be played. Whereas the Indian team will assemble on 5th June.