India at no. 3 on list of centi-millionaires, to overtake China by 2032: Report 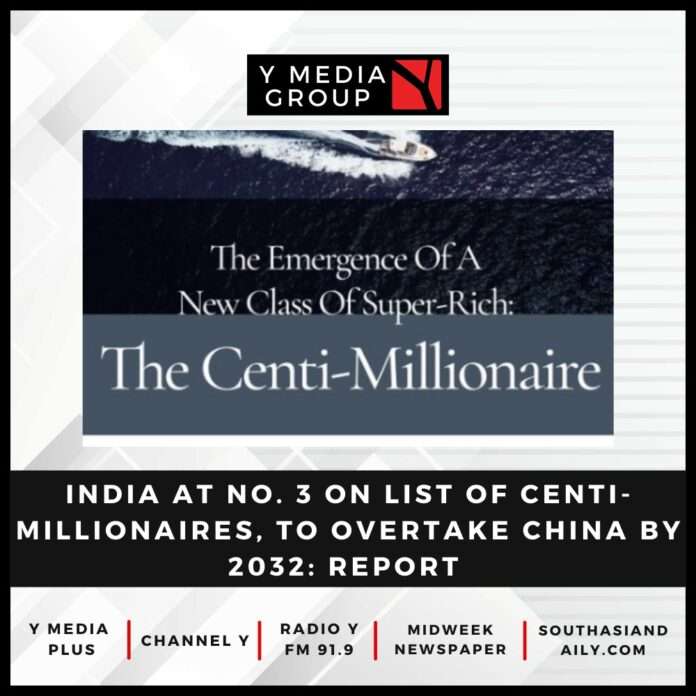 With levels of poverty, inflation and hunger notwithstanding, India ranks third in the world’s first-ever global study on the rise of centi-millionaires — individuals with assets of more than Rs 830 crore ($100 million), a new report has revealed.

Out of the world’s 25,490 centi-millionaires, India has 1,132, beating countries like the UK, Russia and Switzerland, in a swift growing and powerful class of super-rich tech titans, financiers, multinational CEOs, and heirs.

By 2032, India will overtake China (number 2) as the fastest growing market for centi-millionaires, with an anticipated 80 per cent growth rate in individuals worth over $100 million, the report released by international investment migration advisory firm Henley & Partners stated.

“At around 57 per cent, the growth of centi-millionaires in Asia will be twice that of Europe and the US over the next decade. Concentrated primarily in China and India, the centi-millionaires in these countries are set to eclipse their European and American peers,” said Misha Glenny, a financial journalist and author.

It is closely followed by big emerging markets of China and India in second and third place, with 2,021 and 1,132 centi-millionaires, respectively.

The report states that in the late 1990s, $30 million was considered the definition of ‘super wealthy’, but asset prices have risen significantly since then, making $100 million the new benchmark.

It further says that the number of centi-millionaires has doubled over the past 20 years, and “their capital accumulation has been dramatically accelerated by the economically and socially disruptive effects of technology and the recent Covid pandemic”.

While a growing number of younger entrepreneurs who founded successful tech companies are newcomers to the club, Baby Boomers — people born from 1946 to 1964 — still tend to dominate the centi-millionaire circle despite many now cashing in their stock options and selling their businesses.