India create history as they qualify for FIFAe Nations Cup 2022 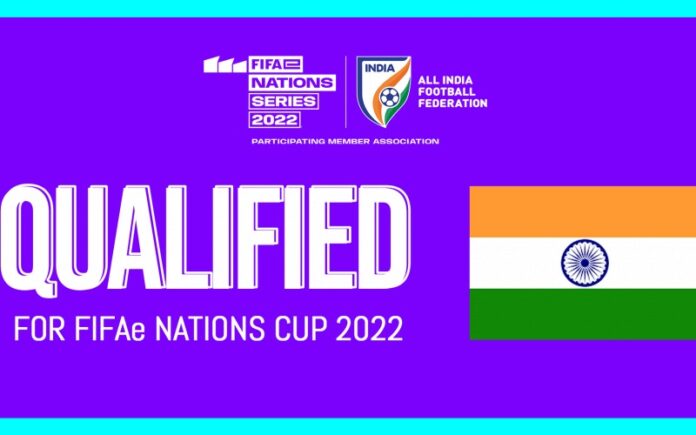 India has created history on Saturday as they qualify for the FIFAe Nations Cup 2022. This is the first time that India will play at the esports showpiece event, which is set to be held in Copenhagen, Denmark this year, from July 27 to July 30.

India defeated Korea Republic and Malaysia in the FIFAe Nations Series 2022 Playoffs to seal their qualification for the showpiece event.

The journey for the Indian efootball team kicked-off in January 2021 when AIFF signed the participation agreement with FIFA for the FIFAe Nations Series 2021. India was among 60 countries to participate and was placed in the Middle East & Africa Zone. India finished 3rd in its zone, narrowly missing out on a place in the FIFAe Nations Playoffs 2021.

India ended the season with a global ranking of 22 and finished above heavyweights such as Italy, Argentina and Spain in the 2021 rankings. For the 2022 season, India was moved to Asia/Oceania region and was awarded a spot in the Play-Ins, which would provide direct qualification to the Playoffs (the last stage before the Nations Cup). During the play-ins, India played 32 games across 4 Match Weeks with 12 wins, 11 losses and 9 draws. Throughout the 4 Match Weeks, India retained their place in Division 1.

With this, India successfully qualified to the Playoffs by finishing second in the Consistency Points chart, moving one step closer to the FIFAe Nations Cup 2022. During this period, India also achieved its highest global ranking of 19.

Going into the Playoffs, the goal for India was simple. Win 2 matches and seal your spot at the showpiece event and that is exactly what they have done, emphatically one might say.

Charanjot Singh, Siddh Chandarana and Saransh Jain came up with the goods for India at the crucial hour as India defeated Korea Republic and Malaysia and now, they will be heading to Denmark at the end of July.