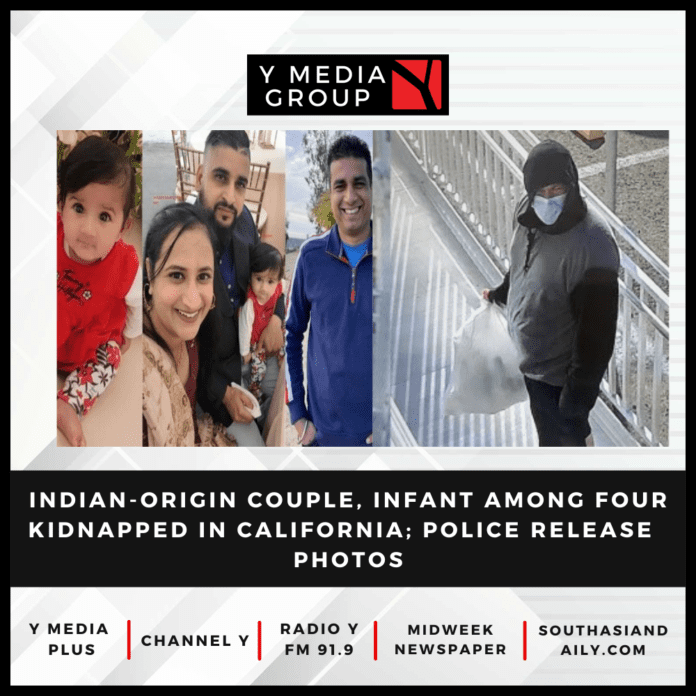 Mystery surrounds the kidnapping of four members of an Indian-origin family, including an eight-month-old baby, in California, while a round-the-clock search is on for them, according to the local sheriff.

Aroohi Dheri, along with her parents, Jasleen Kaur, 27, and Jasdeep Singh, 36, and uncle, Amandeep Singh, 39, was kidnapped by a “lowlife” who is “armed and dangerous”, Merced County Sheriff Vernon Warnke said in a video message on Monday night.

He said that the kidnapper has not made any contact and, as of Monday night, there was no ransom demand.

The Sheriff’s Office circulated pictures of the alleged suspect and described him “as a light-complected male with a shaved head”.

Merced County is about 225 km from San Francisco in the San Joaquin Valley, a predominantly agricultural area.