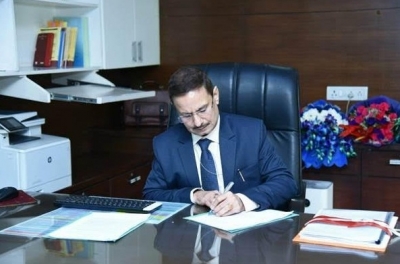 In addition, Guterres’ envoy on technology, Amandeep Singh Gill, will also be on the panel.

The panel was set up under the mandate of the IGF and the recommendations in Guterres’s Roadmap for Digital Cooperation.

The panel’s role is to deal with “strategic and urgent issues” of the Internet and provide strategic advice to the IGF.

Sharma is an Indian Administrative Service (IAS) officer from the Kerala cadre.

A former secretary in the Cabinet secretariat, he has also worked with the UN Development Programme as the national project director for Urban Development and Poverty Alleviation.

A former diplomat, Gill had been India’s permanent representative to the UN Conference on Disarmament and was the chief executive officer of the International Digital Health and Artificial Intelligence Research Collaborative (I-DAIR).

Cerf is sometimes called “the father of the internet” for being one of the developers of the internet’s architecture and the TCP/IP, which are the standards that enable devices and programmes to communicate over digital networks.

Reesa, a Filipino-American journalist who had been arrested in her home country Philippines, received the Nobel Prize in recognition of her “efforts to safeguard freedom of expression”.