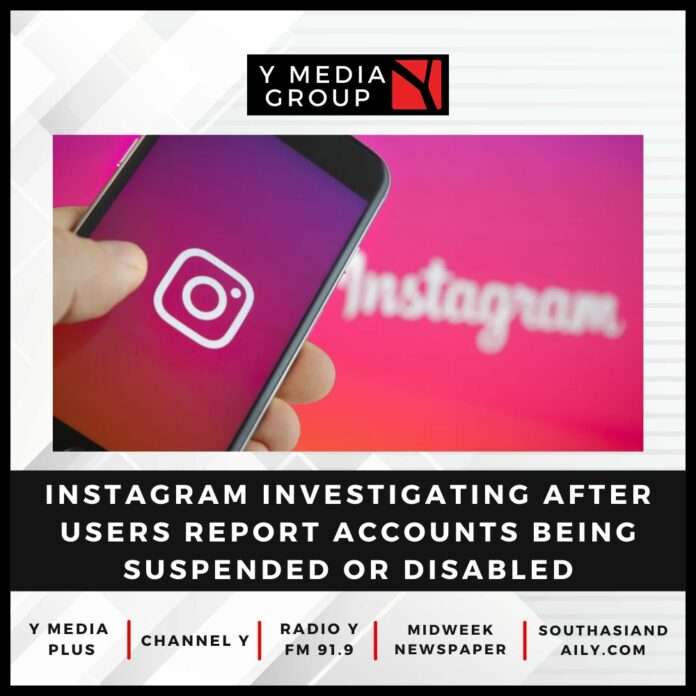 Thousands of Instagram users from all over the world reported issues as the outage began Monday morning, locking users out and informing many of them that “we suspended your account”.

According to Daily Record, the platform confirmed the issue on Twitter and apologised for it.

“We’re aware that some of you are having trouble accessing your Instagram account.” We’re looking into it and apologize for the inconvenience,” the company tweeted.

The Instagram policy states that they may disable certain accounts that violate community guidelines, such as illegal, bullying, hate speech, spam, or violating intellectual property rights, according to the report.

Twitter is also trending with hashtag #InstagramDown, as hundreds were experiencing similar issues logging in to their accounts.

Several users have reported being unable to appeal Instagram’s decision, resulting in their accounts being logged out and their email and password not being found, it added.

On Downdetector, an online platform that provides users with real-time information about the status of various websites and services, over 900 users in India reported issues in accessing Instagram.