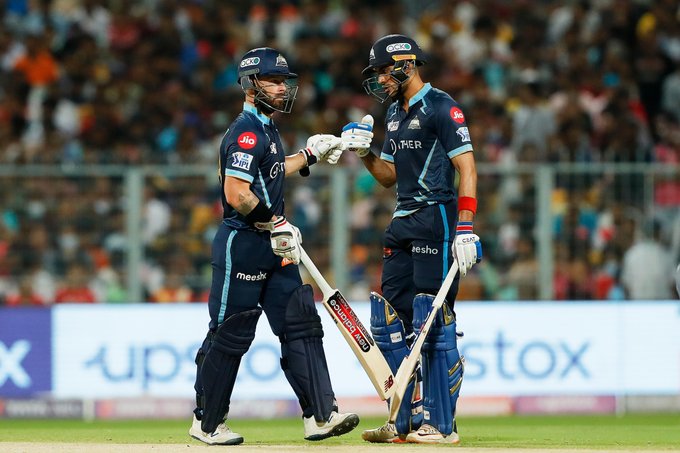 Gujarat Titans produced a clinical all-round performance to thrash Rajasthan Royals by seven wickets in Qualifier 1 of the IPL 2022 to reach the final of the tournament in their debut season at iconic Eden Gardens, here on Tuesday.

A fighting fifty by Jos Buttler (89 off 56) and Sanju Samson’s attacking knock (47 off 26) powered Rajasthan Royals to 188/6 in 20 overs. Apart from Buttler and Samson, Devdutt Padikkal (28 off 20) also made a valuable contribution with the bat for Rajasthan, after being invited to bat first.

In reply, Shubman Gill (35 off 21) Matthew Wade (35 off 30) played solid knocks and kept Gujarat alive in the run chase. However, once they got out, Gujarat were in some sort of trouble.

But David Miller (68 not out off 38) and skipper Hardik Pandya (40 not out off 27) batted sensibly and stitched an unbeaten partnership of 106 runs and led Gujarat to an impressive 7-wicket win with three balls to spare.