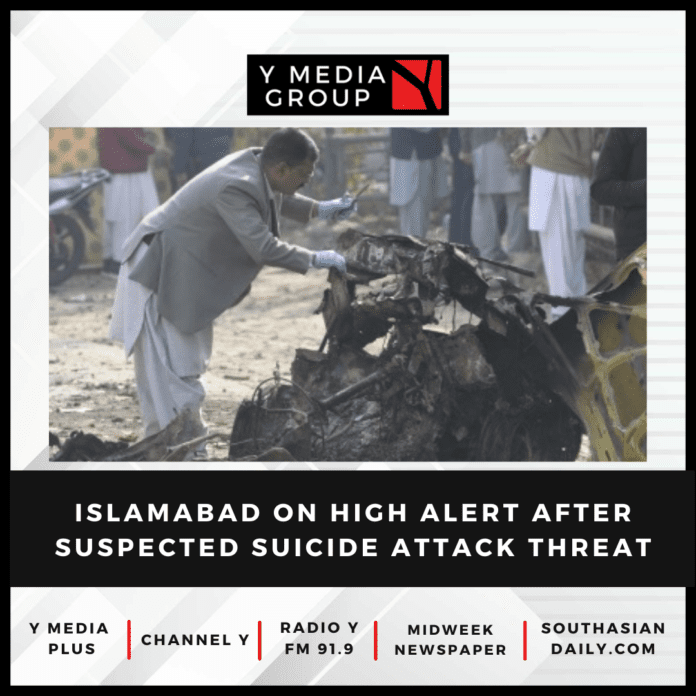 Islamabad, which was put on high alert after a suicide attack on a police check-post in Sector I-10 claimed life of one officer and injured several others, is now facing yet another major terror threat by a suicide attacker, who may try to enter the capital city and target sensitive security installations.

Intelligence and law-enforcement agencies have issued a threat alert along with a picture of the suspected terrorist.

Law enforcement agencies have been informed by the intelligence officials that a terrorist named Zakir Khan, son of Laiq, hailing from Khyber Pukhtunkhwa (KP) province and affiliated to Tehreek-e-Taliban Pakistan (TTP), might try to enter Islamabad to carry out terror acts.

After the threat alert, security has been beefed up in Islamabad and special security check-posts have been installed at all entry and exit points of the capital city.

The development comes days after many foreign missions, embassies and consulates issued travel advisories and threat alerts to their citizens residing in Pakistan, prohibiting them from visiting hotels, restaurants and public places in Islamabad.

Countries, including the US, the UK, Saudi Arabia, Australia and Italy, among others, issued the advisories after the suicide blast in Sector I-10, and later a threat alert about another suspected attack targeting a five-star hotel in Islamabad.

Tehreek-e-Taliban Pakistan (TTP) claimed responsibility for the I-10 suicide attack and vowed to target security personnel in more such attacks.

“The law enforcement agencies have alerted the police in Islamabad. Authorities have put in place strict security measures and a red alert has been issued for the capital. The security in the Parliament has also been beefed up. The entry of un-related persons has been banned in the Red Zone”, said the Islamabad Capital Territory Police.

The police have also issued advisories to the locals about additional security check-posts, advising all to leave for their offices or business places 15 to 20 minutes early.