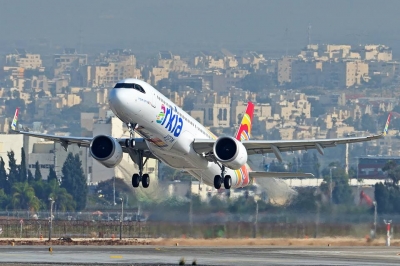 Israel is approaching Qatar for direct flights between the two countries during the FIFA World Cup slated for later this year in Qatar, Hebrew-language Israel Hayom news website has reported.

The decision, if implemented, would benefit about 15,000 Israeli citizens who plan to visit Qatar for the World Cup scheduled to be held from November 21 to December 18, and strengthen ties between the two countries, Xinhua news agency reported, citing Hayom.

The proposal is expected to be presented to the Qatari leadership in the coming days, it added, citing the Israeli officials.

As Israel and Qatar have not established official ties, there are currently no direct flights between the two countries.

Share
Facebook
Twitter
Pinterest
WhatsApp
Previous article
‘I must be doing something right’, says Deepika about her Cannes sojourn
Next article
Let Us Celebrate Victoria Day By Paying Tribute To Queen Victoria For Her Greatness; Y Media Wishes Victoria Day To Everyone